‘Meals on Heels’ brings the dine-in experience to delivery 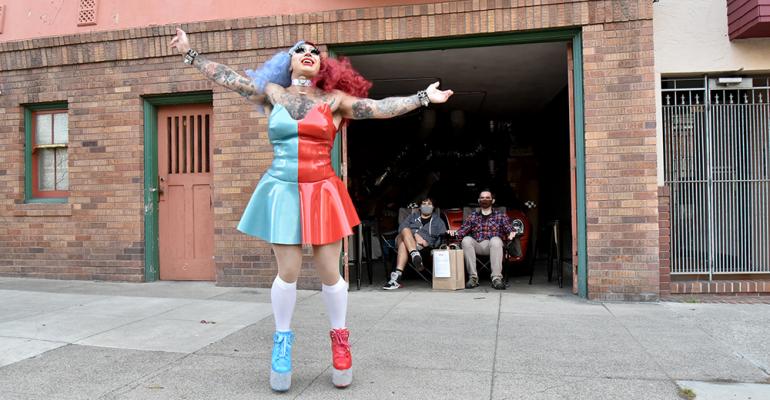 Clubs may have been closed for the past eight months, but that doesn’t mean performers have no way to make a living.

“Meals on Heels” is a food-and-entertainment delivery program launched by the San Francisco drag bar Oasis. Performers sidelined by the pandemic have taken their show literally on the road as delivery drivers providing socially-distanced entertainment.

The performers are brought to the delivery address — dressed to the nines — and put on a show curbside, which ends with the food and drink delivery.

Oasis owner D’Arcy Drollinger ran out of Paycheck Protection Program money early on and didn’t want to lay off workers, a spokesperson for the club said. Instead, Drollinger decided to deliver performers, along with the signature cocktails and full meals provided by Martha Kitchen, to offer dinner and a show.

The club offers three packages —the Barbra, the Judy and the Liza — ranging from $95-$105, which comes with drinks, entrees and a dessert.

The delivery packages have become so popular that Oasis had to expand the number of delivery days, the spokesperson said.