News from independent restaurants across the United States, including in the West, South, Midwest, Northeast and Mid-Atlantic 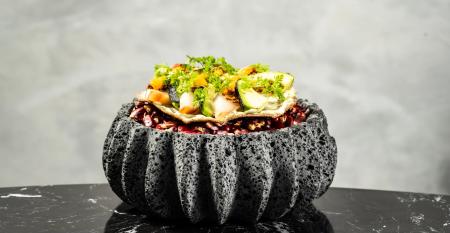 Six exciting fall restaurant openings across the South we can’t wait to try
Oct 24, 2022
From Mexican seafood in Austin to spritz-soaked Italian fare in Miami

Chef Andrew Longres to open the new Acre in Parkville, Mo.
Aug 09, 2022
This live-fire concept attempts to recreate the flavors of his youth: riding, hunting, fishing and cooking over...

The Parisian-style Bar la Fête to open in Birmingham, Ala.
Aug 02, 2022
For these Birmingham, Ala., restaurateurs, opening a third concept helped to clarify their vision on the first two

Massive one-of-a-kind organ brings life to a pizza shop in Arizona
Jul 26, 2022
Crowds from around the world come for the pies — and the Wurlitzer

Healthful foods and adaptogens finds sweet spot in Texas
Jul 19, 2022
Picnik opens its third location in Austin, and plans expansion into Houston and beyond
Load More