Articles and news on the top chefs, owners and operators who share their passion for food, service, managing and growth. 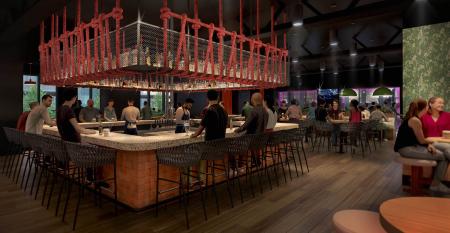 Jonathon Sawyer to lead the kitchen at new Willis Tower restaurant
Dec 06, 2022
The chef will drive the menu at Kindling, slated to open in January 2023

How a local grain became the star ingredient of the stand-out pita at Gavin Kaysen’s latest restaurant
Dec 01, 2022
Mara in Minneapolis turns out close to 250 pitas every day

Jeff Osaka explains the success of conveyor-belt sushi concept Sushi-Rama
Nov 30, 2022
The owner of the Denver-based chain prepares to open its fifth location

D.C.-based chef and restaurateur Ryan Ratino plans to grow his business from two locations to five next year
Nov 30, 2022
A restaurant and cocktail bar are planned for Washington’s wharf, and an oceanfront seafood restaurant is in the works in Fort Lauderdale., Fla.

Nick Kokonas is stepping down from Squarespace-owned Tock
Nov 16, 2022
Squarespace announced that former Olo COO Matthew Tucker will now be heading up the restaurant reservations platform

Paul Hargrove, the new chef at The Standard Grill, on what cooking means to him
Nov 16, 2022
The chef also gives Restaurant Hospitality his view on where the industry stands