Changing your menu? Here are the trending foods and drinks, the country’s best cocktails and sandwiches, trends and menu ideas. 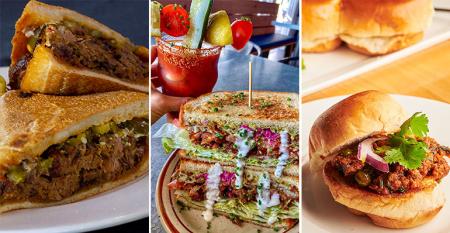 What consumers want in a sandwich: Meat on meat; flavors from India and mushrooms
Aug 04, 2021
Meet the Best Sandwiches in America and the trends they represent

New on the Menu: Cabbage steak and a fancy Green Tea Shot
Jul 30, 2021
Plus grilled octopus bao and pasta dishes from New York and Hawaii

Katelyn Peil of Heavy Restaurant Group knows the business of beverages
Jul 19, 2021
The industry veteran understands the art of paying it forward

New on the Menu: A French 75 slushie and celebratory pizza
Jul 16, 2021
Plus a belly-on bone-in pork chop, Indian goat organs and meatballs with chicharrónes

New on the Menu: Heirloom grain risotto and steelhead tartare
Jul 09, 2021
Plus a cauliflower burger, summertime scallops and an upscale gyro

Flavor of the Week: Milk Tea, the cold East Asian import
Jul 06, 2021
Many cultures, from Ireland to Vietnam, put milk in their tea, but these days “milk tea” usually refers to the drink...

New on the Menu: Bolognese pizza and peaches with chive oil
Jul 02, 2021
Plus a bright summer cocktail, black bean tempeh and flounder picatta