Articles about the running a restaurant, with advice and how-to tips on everything related to operations, marketing to HR/legal, finance to social media. 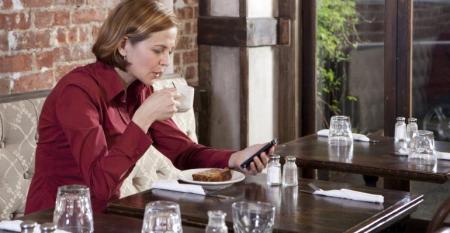 More restaurant operators were able to pay their rent in January
Feb 02, 2023
Thirty-eight percent of small restaurants were delinquent on rent in January, a marked improvement from 52% in December.

A primer on TikTok for restaurants
Feb 02, 2023
In December, one of my predictions for the new year was that TikTok would be essential for every business. In...

12 independent restaurant trends for 2023
Jan 30, 2023
A challenged economy will mean smarter use of technology, an upsurge in premium items, and more tequila.

How some Phoenix-area restaurants are preparing for the Super Bowl
Jan 30, 2023
Several local restaurants are adding staff or pulling staff from nearby locations, while others are trimming their menus for the event.

Senators reintroduce Restaurant Revitalization Tax Credit to new Congress
Jan 24, 2023
The RRF tax credit bill was introduced at the end of 2022, and now Sens. Cardin, Brown, Murray are reupping efforts to get it pushed through

Is Mario Batali getting back into the restaurant industry?
Jan 20, 2023
The disgraced celebrity chef settled two sexual assault lawsuits last summer, and now is investing in a Michigan bakery

Why Sweet Chick moved to a fast-casual model
Jan 20, 2023
The New York City-based chain is expanding through franchising in the next few years

5 emerging restaurants in Columbus, Ohio
Jan 18, 2023
Columbus, Ohio, is one of the largest cities in the Midwest, and as both the capital of the state and a college town (home to...

One Fair Wage launches food-safety training program to compete with ServSafe
Jan 18, 2023
The program will use profits for causes supporting workers’ wages and benefits