New on the Menu: Black eyed pea hummus and a lettuce cocktail 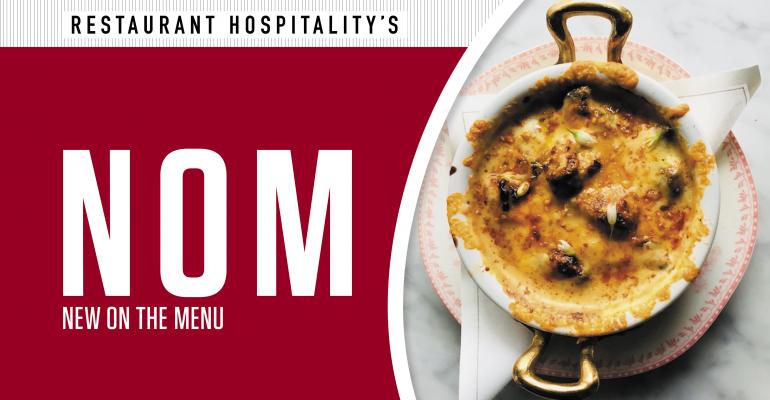 Tiffany Derry is on a mission to franchise fried chicken restaurants in underserved communities with her limited-service Roots Chicken Shak, but she also has new a full-service restaurant in the Dallas area called Roots Southern Table, where she takes a soul food staple, black eyed peas, and makes hummus out of it.

In Chicago, David Mor, the beverage director of Robert et Fils, is on a mission to reduce food waste in the restaurant by repurposing lettuce into a syrup to flavor a cocktail.

Sol Han, the executive chef of LittleMäd in New York City, noticed that Americans and Koreans both enjoy beef tartare, so he’s doing his own multicultural version and tops it with seaweed flavored rice crackers.

Also in New York at Baar Baar, chef Sujan Sarkar roasts spiced chicken thighs in a tandoor and puts them in mac & cheese.

And in Las Vegas, at China Poblano, Carlos Cruz-Santos celebrates his Mexican homeland in a salad made with the colors of Mexico’s flag.