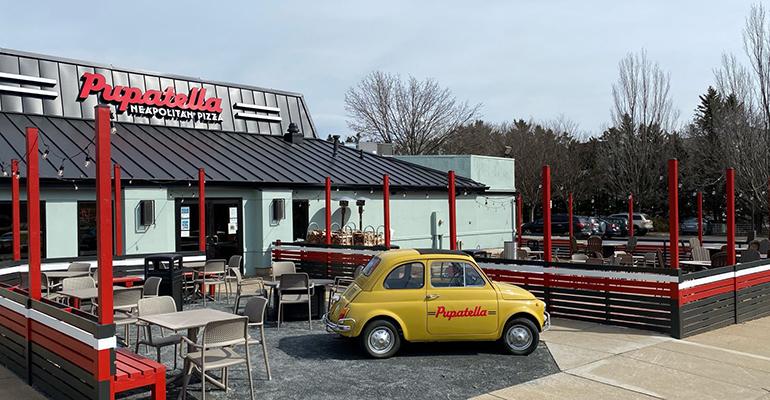 Pupatella
Pupatella just received a second round of multi-million dollar funding but what is this expanding chain?
Operations>Limited Service

Pupatella is bringing the pizza of Naples to the U.S. and growing fast

Washington, D.C. pizzeria Pupatella earlier this month received $7.5 million in funding, making it the second multi-million-dollar seed round for this Naples pizza concept prepping for expansion.

This latest round of funding will help the concept grow from five to 20 units.

“With Pupatella, each new location deepens our commitment to serving our guests the authentic neighborhood Neapolitan pizza experience,” Pupatella’s president, Cord Thomas, said in a statement. “When you have a loyal following like we do, you stay focused on the details behind your success. For Pupatella, that’s the quality of our ingredients and the art of our nearly 150-year-old Neapolitan techniques.”

Get to know this growing chain before there’s one in every town across the country:

Enzo Algarme came to the U.S. from Naples, Italy, under the assumption that he would study medicine. However, he soon discovered a passion for pizza when he couldn’t find any he enjoyed in the greater Washington area. So, in 2007, Pupatella was born.

Pupatella means “little doll” in Italian and was Algarme’s grandmother’s nickname. The brand started out as a food truck — a little version of what it is now. 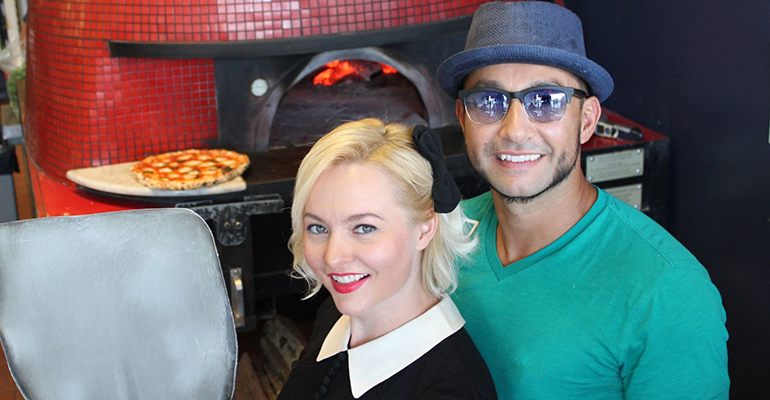 The pizza is certified by the Naples-based Associazione Verace Pizza Napoletana (VPN) and Algarme remains obsessed with maintaining the authenticity and quality of the pizza in all Pupatella pizzerias. The dough is prepared with only four ingredients: 00 Italian flour, sea salt, fresh yeast, and water. Each pizza is baked in a traditional wood-fired oven made of brick from Mount Vesuvius and cooks in about 90 seconds. Ingredients are imported weekly from Naples.

The food truck was followed by the chain’s first brick-and-mortar location in 2010. Then, almost 10 years after the first food truck, Algarme decided it was time to expand Pupatella. To do that, he needed to bring on more help.

“[Algarme and his wife Anastasiya Algarme] realized they had the expertise in ingredients but didn’t have the expertise in replicating the experience without deteriorating the product,” said Adam Winder, Pupatella’s CFO.

That’s about the time Winder was brought on, along with the founding partners of Elevation Burger, Thomas and Michael Berger. It was also around the time the chain’s first and only franchise unit was created.

In 2018, the restaurant received $3.75 million in funding from two Elevation Burger partners and a slew of other investors. Many of those investors were also part of the most recent round of funding.

The initial funding round helped the chain open three new restaurants in the D.C. area — Arlington, Reston, and Dupont. They opened during the pandemic.

This second round of funding will help the chain open another 15 units within the next few years. 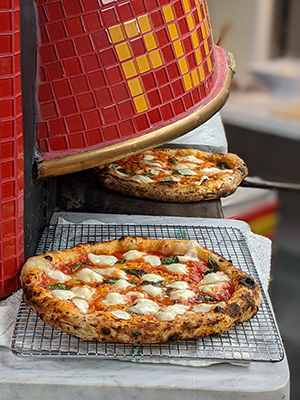 “Our focus is always going to be neighborhood Neapolitan, and our most recent capital raise gives us the opportunity to bring the true Naples pizzeria experience to more communities. It’s a dream that keeps growing for us,” Enzo Algarme said in a statement.

There are no plans to expand the franchise program, and all future stores in the pipeline will be company owned, though the first franchise unit is a success. The company does not want to franchise without an appropriate scaling plan.

“We're extremely focused on delivering and learning within the next 10 to 15 restaurants, so you know we're heads down focused on that in [the D.C. metropolitan area],” Winder said.

Future growth plans are already underway. Two Virginia locations in West Springfield and Fairfax are in the works, while three additional sites are currently in negotiation, including Pupatella’s first Maryland unit.