This section contains all videos from Restaurant-Hospitality.com 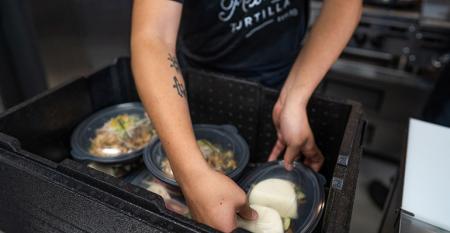 Video: An analysis of the collapse of Jamie Oliver's restaurant empire
Jul 03, 2019
Mashed looks into the chef and restaurateur's troubled business timeline

Video: New York chefs take on zero-waste food challenge
Jun 10, 2019
Eight of the city's most sustainable restaurants teamed up with the local Department of Sanitation to create a dish without any waste

Video: Michelin-starred restaurateur Ajay Walia on breaking the Indian cuisine mold
Jun 07, 2019
The owner of Rasa in Burlingame, Calif., wants to change the way we look at Indian food

Video: A recap of Michelin's announcement for California state guide
Jun 04, 2019
The company announced its first-ever statewide guide for the U.S. earlier this year in Sacramento
Load More