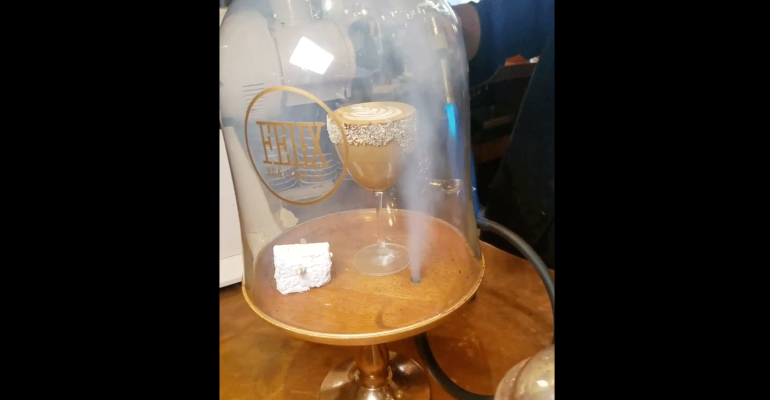 Our digital editor Anna Kang visited Felix Roasting Co., a New York City coffee concept that debuted earlier this fall. A customer favorite at Felix is the Hickory-Smoked S’mores Latte, a beverage that was featured in Restaurant Hospitality's New on the Menu. General manager Josh Richmond demonstrated the process behind creating the drink.

Felix currently serves an average of 300 to 400 customers daily, and offers a changing roster of seasonal beverages. The new summer menu includes the Honeycomb Latte, as recently featured in New on the Menu. 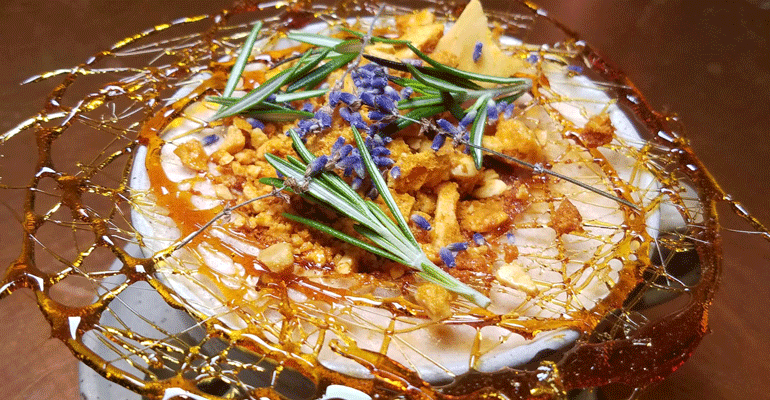 It's a latte crafted with raw cacao nib-infused milk, cream, rosemary, lavender and espresso. The drink is topped with a “honeycomb” made out of toffee, as well as rosemary sprigs and lavender blossoms. The top can be cracked apart with a spoon, allowing the toffee to break and melt into the drink while the rosemary and lavender steep inside.

Felix will open a cellar space for private events and tastings soon.