News from independent restaurants in the West, including California

The High-Pie opens in famous ‘Top Gun’ house
May 25, 2022
The movie is back and so is the California cottage it made famous, which is now home to a new pie concept from F10 Hospitality

Sunset Lounge, once a magnet for Black culture in West Palm Beach, is reopening with a restaurant
May 23, 2022
Venus Williams’ design firm is re-envisioning the space and the search is underway for a chef

With the opening of Roca’s Pizza & Pasta, Alex Seidel returns to his roots
May 13, 2022
The Denver chef best known for high-end Fruition and Mercantile Provisions discusses fine dining and giving back... 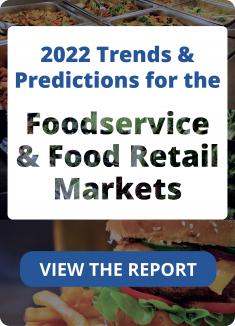 Ray Garcia expands his culinary horizons with Asterid near Los Angeles’ Walt Disney Concert Hall
May 10, 2022
The former chef of Broken Spanish in L.A. and ¡Viva! In Las Vegas offers a diverse menu at the new restaurant

Juan Coronado to grow his Wyoming business from a mac & cheese cart to a brick-and-mortar restaurant
May 10, 2022
The Railspur is slated to open in Cheyenne at the end of the year

Denver's oldest brew pub, Wynkoop Brewing Company, is getting a fresh start
May 02, 2022
After 34 years, the concept founded by John Hickenlooper is adding an events venue and tasting room

Superfrico in Las Vegas features visual art, music and ‘Italian American Psychedelic’ cuisine
Apr 13, 2022
The latest project by Spiegelworld is meant to be a sensory overload

San Francisco’s Brick x Brick Hospitality expands Nikkei concept KAIYŌ
Mar 28, 2022
The cuisine that has emerged from Japanese emigration to Peru is taking root first on the roof of the Hyatt Place Hotel