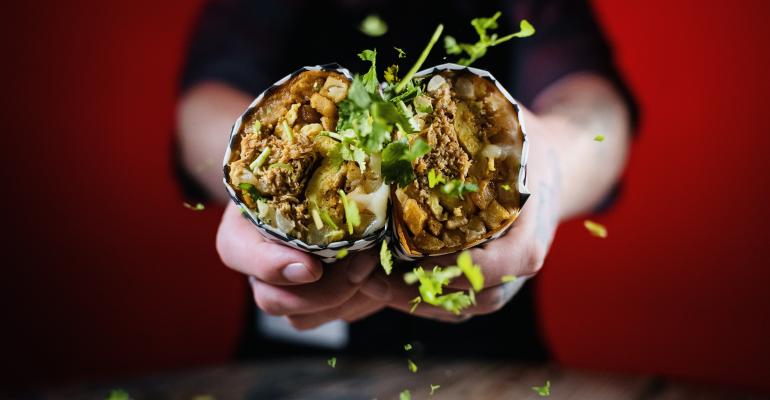 Juan Coronado's move from Denver to Cheyenne, Wyo., where he is about to open The Railspur restaurant, started with a retail liquor license.

"It's a really big deal because this specific liquor license is the Holy Grail of liquor licenses in Wyoming. It means you can cater, have a bar and a retail liquor store," Coronado said over the phone. "Plus, with this license we have a deadline to open by the end of the year, so we have to use it."

The chef said that, while restaurant liquor licenses are readily available, a new retail license only comes along when the population grows by around 10,000 people, which is a lot for Wyoming.

Cheyenne’s population as of 2018 was 65,435, according to the United States Census Bureau, but it’s likely higher now as people have moved there from the more expensive cities in Colorado.

Coronado, along with his partner, chef Seth Stefanik, were one of 11 groups who petitioned for the license, which is less restrictive than restaurant licenses that require that only 40% of sales can come from alcohol.

"You can imagine how it would be to plan an event like a Super Bowl party where you could easily go over the amount of liquor sales for the whole month in a night," said Coronado.

The last time the coveted retail liquor license was offered was in 2017. It went to the owners of The Metropolitan Downtown, the place Coronado originally left Denver for. It opened in 2019, serving New American food and hosting musical shows and other events. It shuttered during the pandemic in 2020, and laid off the staff, including Coronado.

The Metropolitan is back in full swing, but Coronado didn't go back. Instead, he and Stefanik launched Micro Pop-Up Concepts, named after the "micro" food cart he had. The business was started with $600 — half Coronado’s and half Stefanik's. They brought the cart to events in town, serving loaded macaroni and cheese with an array of customizable toppings.

They were a hit. Within a few months they expanded from a cart to a food truck and started expanding the menu.

That truck was called Los Conejos — Spanish for “the rabbits.” At first the truck dished out weekly specials such as loaded poutine, pho, ramen, bánh mì and street tacos. The tacos really took off: In one day Coronado and Stefanik sold more than 200 orders.

After seeing how much the community craved basic tacos, Coronado and Stefanik decided to make Los Conejos more focused on street food fusion, serving dishes Americans knew and loved, but with a twist. Through sliders topped with green chile, birria tacos, pho laden with pork barbacoa, and truffle fries, as well as street tacos, the two showcased a happy pairing of Coronado's Mexican heritage and Stefanik's Wyoming upbringing. Each plate cost between $11 and $13 and was large enough to satisfy any appetite. The two took their concept all around town to breweries, graduations and other events. They would announce via social where their truck would be, and the customers followed.

"I saw we could start a food revolution here," said Coronado, who lives in town with his wife and infant daughter. "In five to 20 years I am going to have to worry about my kids staying in the city or wanting to leave, and that's why we are working hard to make it a great place now."

Coronado said there has been a lot of talk in Cheyenne’s hospitality industry about changing the ordinances surrounding the state's liquor licenses.

"There were at least five concepts in the running [for the retail license we got] that were going to help develop a whole side of the city, but they could only give it to one. It would have been great to have this instant development of an area," he said.

Two years after launching their food truck, Coronado and Stefanik decided they wanted to stop running the circuit and have a single location. Now Los Conejos is permanently parked at the West Edge Collective marketing agency in Cheyenne. However, it won't be Los Conejos for much longer. With that coveted liquor license, Coronado and Stefanik will open The Railspur in the same building as the marketing agency, which is also an early investor in their concept. They haven't decided if Micro Pop-Up Concepts will remain the parent company; those details are still being worked out.

What is for sure is that Railspur will be a place to eat, drink, shop for booze and maybe catch a live show. However, it won't have a kitchen like a traditional restaurant. Instead, the food truck will become the kitchen, and staff will run food directly from the vehicle.

"Building the kitchen is just impossible financially at the moment,” Coronado said. “It's around $200,000 minimum, and it just doesn’t make sense for us. Plus, we already have the food truck and it's already part of the concept."

Besides not having its own kitchen, The Railspur has other unique qualities. It's comprised of boxcar flooring and reclaimed girders from train bridges across Wyoming. The design is a direct tip-of-the-hat to the rail yard next door. In fact, “rail spur” is a term for a piece of railroad track that branches off to connect to another line.

Coronado said Cheyenne wants to develop the area around The Railspur into more of a business district, and he said he thinks that’s why he was awarded the liquor license.

Once the restaurant opens, diners will be able to order food via a QR code, at the bar or from the barista, who will be dishing out coffee and breakfast foods for morning commuters. Coronado said the menu will remain similar to what the food truck is already serving, but with the addition cocktails, wine and beer, as well as whole bottles of local booze.

He said The Railspur is slated to open toward the end of the year, and in the meantime visitors can get a taste of what’s to come at the food truck.