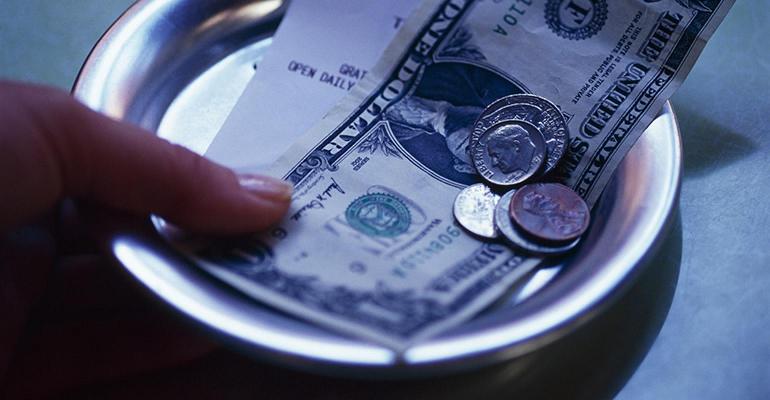 Oregon restaurant fined in scheme to use tips as wages

The U.S. Department of Labor has recovered $86,000 for five employees and fined the parent of Bao Bao House in Eugene, Ore, in a scheme to use tips as wages, the agency said late last week.

The Labor Department said the company “kept all the tips workers received from customers and used the money to pay employees’ wages. Li also failed to keep accurate records. Both are violations of the Fair Labor Standards Act.”

The department recovered $43,013 in back wages for five employees and $43,013 in liquidated damages. The agency also assessed a civil penalty of $1,725.

“The U.S. Department of Labor is determined to protect workers’ rights to keep all their earnings, including tips, and prevent employers from gaining a competitive advantage by reducing their labor costs,” said Carrie Aguilar, director of the Wage and Hour Division’s Portland district, in a statement.

“Customers’ tips to restaurant staff belong to the workers that received them,” Aguilar continued. “Any attempt by employers to keep those earnings is a direct violation of tipped workers’ wage rights.”

The Wage and Hour Division added that in 2021 it recovered more than $31.7 million in back wages for workers in the foodservice industry.