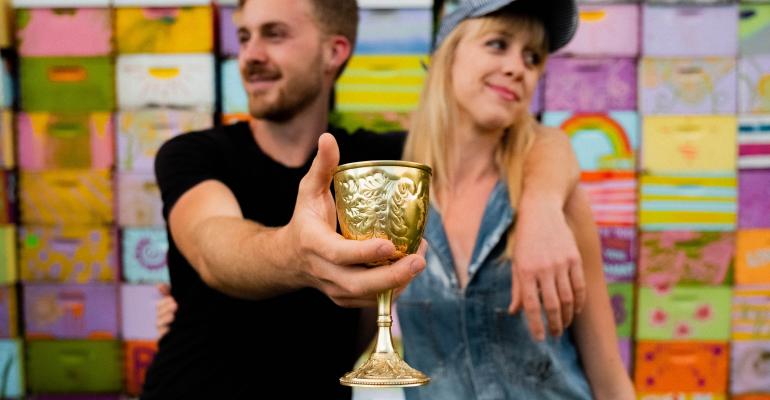 What began as a “Sunday Ritual” out of a food truck on the island of Kauai has transformed into a chain with operations in Hawaii and California.

Holey Grail Donuts, a Honolulu-inspired company celebrating the island’s acclaimed native plant taro through this internationally-appreciated dessert, was originally founded in 2018 by brother and sister duo Nile and Hana Dreiling, who served up the innovative treats from a little red hamburger trailer on Sundays. Guests would start lining up around 6:30 a.m.

Now the owners are growing the concept as a brick-and-mortar. In May, an 1,800-square-foot flagship location opened in Honolulu, dishing up donuts like the Hojicha Unicorn, designed by guest chef Mei Lin of Bravo TV’s “Top Chef,” with a vanilla bean hojicha glaze garnished with rainbow sprinkles on top of the signature taro doughnut, fried in coconut oil.

Prices for a single doughnut are around $4 with lattes running around $6 and a tasty box option for $15.

“Starting our business out of a humble food truck, we are now a permanent part of the neighborhood.  We hope that people embrace our shop as a community gathering space where they may explore local flavors, music, and art with their friends and family,” he said.

Nile Dreiling said the next step is expansion, with two more brick-and-mortar shops slated to open in Los Angeles and neighboring Santa Monica, this year.  A food truck in the Los Angeles area has been raising awareness for the taro-based treats.

“I signed up for quite a bit for a short amount of time, but seeing our Honolulu flagship store open, it’s been a gem. It’s so rewarding to see that operational,” he said.