/sites/all/themes/penton_subtheme_restaurant_hospitality/images/logos/footer.png
Recent
Recent
Nancy Kruse and Bret Thorn on the direction of post-pandemic menu development and how restaurants will focus on safety
May 28, 2020
Los Angeles and New York City cap third-party delivery fees
May 27, 2020
Here’s how restaurant reservations are changing in the wake of COVID-19
May 26, 2020
Juan Padró of Denver’s Culinary Creative restaurant group gets ready to reopen dining rooms closed due to coronavirus
May 26, 2020
Reopened restaurants find there’s no one-size-fits-all way to bring back employees
May 22, 2020
Featured
Marc Glosserman of Hill Country Barbecue Market looks to the restaurants’ future
May 21, 2020
CDC updates guidelines for reopening restaurant dining rooms and bars
May 21, 2020
COVID-19 dining room restrictions are eliminating hospitality practices that consumers have come to love
May 21, 2020
24 attorneys general urge Congress to fix broken Paycheck Protection Program
May 07, 2020 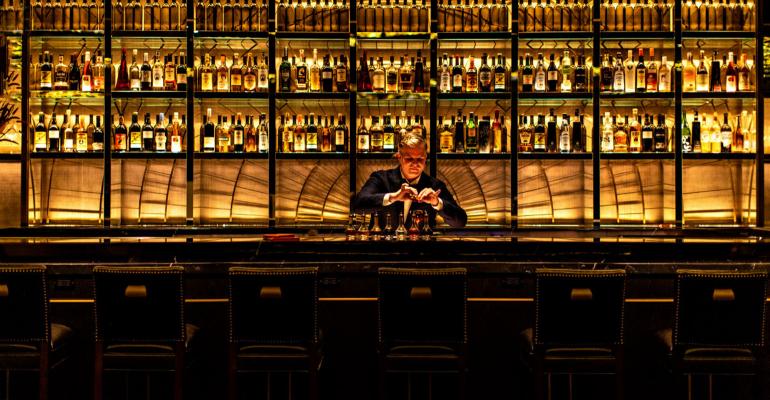 The NoMad Las Vegas — the newest member of the upscale hospitality family spearheaded by chef Daniel Humm and restaurateur Will Guidara — is scheduled to open its doors on Nov. 14 inside the Park MGM on the Las Vegas strip.

The 239-room, European-style casino-hotel, which is a collaboration between Sydell Group and MGM Resorts International, is the third iteration of the NoMad brand, which opened first in New York in 2012, followed by Los Angeles earlier this year. The hotel, bar, and restaurant’s new location will have a distinctly celebratory feel that Guidara described as “understated compared to Vegas and overstated compared to New York.”

“I love Vegas for its theatricality and that’s definitely embodied here,” Guidara said. “That being said, it has an intimacy to it. The lobby is pretty small for Vegas. You’re not wandering through a big floor of slot machines to get to the hotel.” 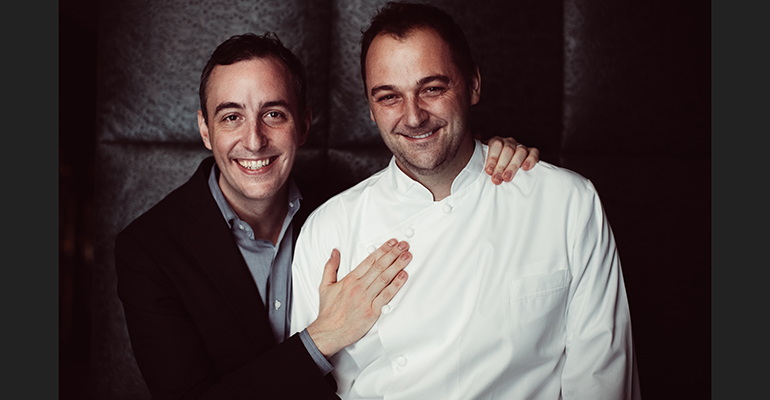 Will Guidara (left) and Daniel Humm

“The restaurant is in this big, over-the-top library space,” Guidara said. “We’re doing Baked Alaska, and tableside steak and tuna tartare and caviar service. It’s meant to be a celebration space — a night out on the town.”

The restaurant seats 160 in the main dining room under soaring, 23-foot ceilings inspired by the Royal Portuguese Cabinet of Reading in Rio de Janeiro and NoMad New York’s Library, with additional capacity for 100 guests in three other sub-dining rooms: the Cellar, the Salon, and the Parlour.

Guests will also find NoMad-themed slot machines, along with a Parisian street cart selling roses tucked away in a gallery between the bar and restaurant.

It is Las Vegas, after all.

In addition to the large-format, tableside dishes described above, NoMad Las Vegas’ menu will feature what Guidara calls “grand American cuisine,” or NoMad’s interpretation of a chop house.

The menu includes chef Humm’s versions of classic dishes such as lobster thermidor, a variation on chef Paul Bocuse’s black truffle soup, and a baked potato Dumont stuffed with black truffles and gruyère cheese, named after Eleanor Dumont, one of the most notorious gamblers of the American Western Frontier era. 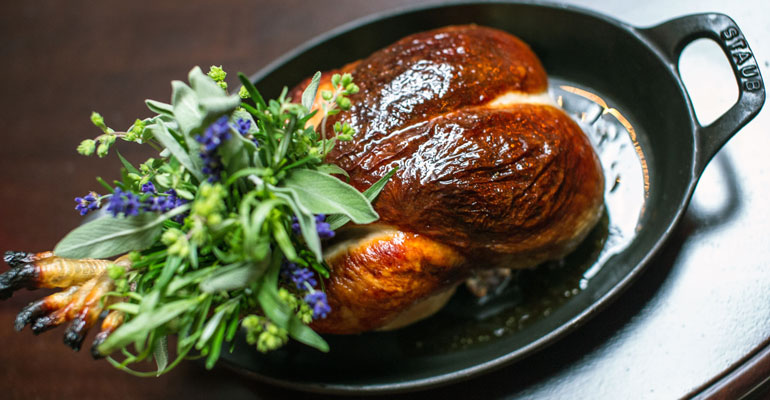 Guidara said that he and Humm are cautious about expanding the NoMad brand further because he wants each restaurant to feel distinct.

NoMad New York is likely the most high-end of the three, while NoMad Los Angeles has more of a “fun, casual vibe” that’s a lot less expensive than people realize, he explained.

“NoMad is a very specific idea and I don’t think it can exist in that many cities,” Guidara said. “There’s no point in doing another unless we’re sure we can do it in a unique way.”

Eleven Madison Park — one of the World’s 50 Best Restaurants of 2018 — enjoyed success as a popup in the Hamptons last year and Guidara just announced that they will continue the EMP project with EMP Winter House: a popup restaurant and yurt village in Aspen, Colo. 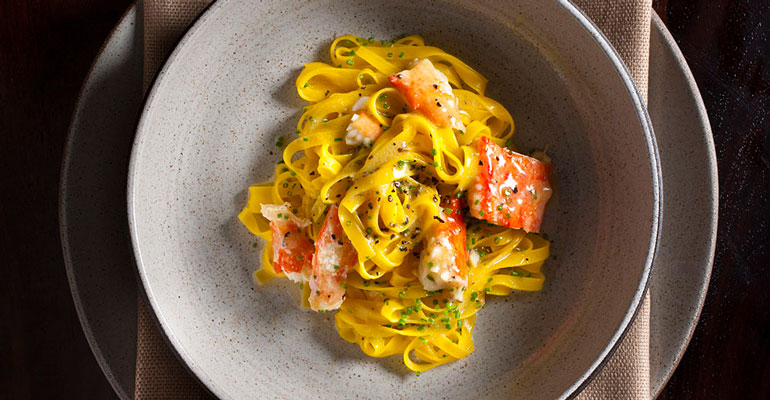 The Winter popup is scheduled to open Dec. 15 and will be inspired by Humm’s Alpine Swiss childhood, serving large-format Swiss comfort food like cheese fondue.

“We really just wanted to do a deep-dive into that culture,” Guidara said.

But will they continue the tradition of annual EMP popups?

“We haven’t gotten that far yet. I need time to have a glass of wine with Daniel and discuss our dreams,” he said.

Other endeavors on the horizon for Make it Nice include a private-event space the team is opening toward the end of 2019 inside the International Center of Photography in New York City, where catered food for weddings, corporate events, and more will be made in-house inside a brand-new 2,000-square-foot kitchen.

Also on deck is a mysterious project that Make it Nice announced awhile back: a fine-dining restaurant at 425 Park Ave. in New York City, set to open at the end of 2020 or early 2021.

Guidara, however, said it’s too soon to reveal details.