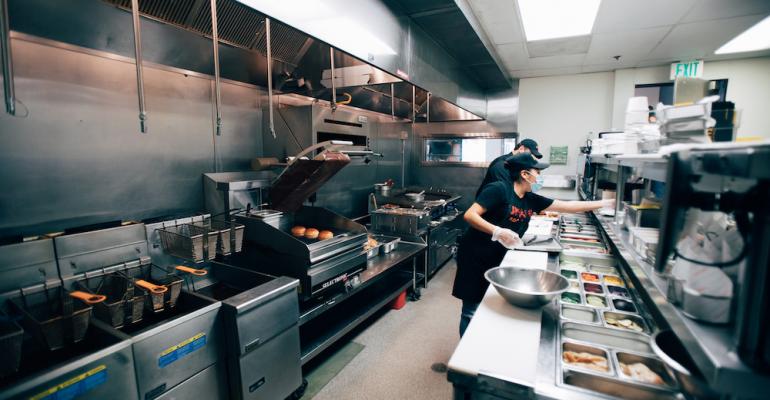 Multiconcept restaurant developer C3 has been laying the groundwork for the large-scale expansion of its restaurant brands, forming partnerships with malls, hotels and other property owners, as well as with new start-up concepts that it plans to introduce in these spaces.

Sam Nazarian, founder and CEO of C3 (Creating Culinary Communities), said the company is counting on pent-up demand for restaurant dining after the pandemic, alongside continuing opportunities for takeout and delivery.

“Most restaurant companies have scaled back, or shut down, but we have been expanding with the confidence that restaurants are going to reopen, and society is going to come back to life,” he said. “It’s a good bet. It’s a bet on humanity, and on the way in which we are all designed to be around each other.”

Among the latest investments for C3 is a joint-venture partnership with hotel operator Graduate Hotels, through which C3 will install its restaurant brands in the hotels to provide on-site dining, room service, banquet catering and delivery.

The first Graduate Food Hall is expected to open in the first quarter of 2021 at the Graduate Berkeley, near the University of California, Berkeley, followed by expansion to campuses in Minnesota, Arizona and Iowa, said Jack Acland, vice president of finance and strategy at C3.

Plans call for rolling out the concept to most of Graduate Hotel’s 28 locations by the end of the year, C3 said in a statement. Graduate operates hotels near college campuses in both the U.S. and the U.K., and has plans to add eight more hotels by the end of 2022.

Nazarian described the partnership as a “50-50” financial relationship through which C3 will share costs and revenues evenly with Graduate Hotels. C3 will have use of the kitchens, banquet halls and other foodservice-related spaces, will allow C3 to offer its growing stable of restaurant brands not only to the hotel guests and staff, but to Gen Z consumers on college campuses, as well as though delivery to nearby residents and workers.

C3’s model will be to have its kitchens execute its range of virtual brands in addition to the brands that have a brick-and-mortar presence on site.

“We have taken a huge position in real estate over the last 12 months, and those will be the restaurants of the future, because they are not just the traditional restaurant brands in one location,” Nazarian said. “They are a brand with six or seven others in the back.”

In addition to C3’s current roster of concepts — which include Umami Burger, Krispy Rice, Sam’s Crispy Chicken, Plant Nation, EllaMia, In a Bun, The Other Side, and La Gente Tacos — C3 is also planning to unveil 17 new partnerships with other concepts during the next 90 days, Nazarian said. Those will include both acquisitions and joint ventures, and will add to the portfolio of concepts that C3 will be able to plug into its various planned locations, both virtually for delivery and as brick-and-mortar restaurants.

Many of these new concepts that C3 is bringing on board are local, chef-driven fast-casual brands that have a handful of locations in a market and are seeking to expand to reach new customers and new markets, but may lack the capital or the resources to do so. C3 offers the scale and relationships with property owners that will enable these brands to grow efficiently, whether it is in hotels, shopping malls or C3’s own food halls, Nazarian said.

Tying all these concepts together is C3’s new mobile app for ordering and customer relationship management, called CitizensGO, which is expected to be unveiled with a splash later this month. The app will facilitate the ordering of food from the multiple concepts offered at each C3 location, which Nazarian said will appeal to groups such as office workers, college dorm residents and families with multiple preferences.

In addition to its planned expansion in Graduate Hotels, C3 also has been in talks with Accor, which is an investor in C3 and operates more than 5,000 hotels worldwide, about opening restaurants at some of its properties, and has also been working with another hotel group that has more than 200 locations on a similar type of relationship.

C3 is also planning to expand into shopping malls — Simon Property, the largest mall owner in the U.S., is also an investor in C3.

Nazarian said it was too early to discuss details about the potential rollout in the Simon-owned malls, but said he expects those to roll out during the next 24 months.

“That will be a very powerful way we will be getting those brands into the suburban and core urban environments,” he said.

Similarly, Nazarian said he sees food halls as another important opportunity for the company to expand its brands into communities. The company’s 50,000-square-foot Citizens food hall near the Hudson Yards area of Manhattan, which will include two full-service restaurants in addition to a selection of C3’s fast-casual brands, is one of 15 food hall locations that the company has secured for development.

“Food halls are kind of at the center of the hub-and-spoke of our model of growth,” said Nazarian. “They are a great way for people to experience all of our brands.”

For all of its locations, C3 uses data analytics and competitive information to determine the optimal combination of concepts it will open at each site. In many cases, the company will be providing access to concepts created by its chef partners, such as Dani Garcia and Masaharu Morimoto, that otherwise would be unavailable in those markets, Nazarian said.

At the Graduate Hotels, up to six different brands will be offered, said Acland. Each location will employ between 11 and 14 employees, who will have been cross-trained on each of the concepts offered.

Investments in kitchen modifications at the Graduate Hotel locations will be minimal, he said, although some upgrades and specialized equipment may be needed, as well as the technologies that will connect to its ordering systems.

“We carefully design our brand concepts to be adaptable to all kitchen formats, whether it’s hotel, commercial ghost kitchen, or otherwise,” he said.