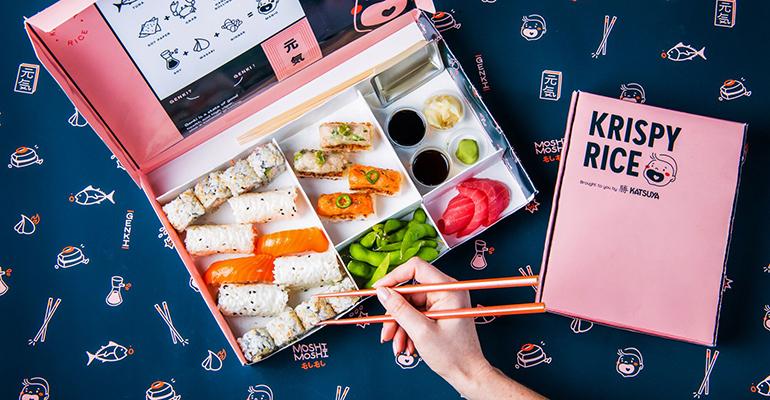 New York-based hotel and restaurant operator SBE Entertainment Group is partnering with shopping mall-owner Simon and hotel partner Accor to build a nationwide network of ghost kitchens and a food hall with a focus on delivery.

The new company called C3, which stands for “Creating Culinary Communities,” aims to tap the culinary resources of SBE’s restaurants — including Umami Burger and other brands developed by chief culinary officer Martin Heierling — along with Simon’s real estate footprint and Accor’s 5,000 hotels and residences. Accor owns a 50% stake in SBE.

The goal is to open 200 ghost kitchen locations by the end of 2021. According to the Wall Street Journal, some of those locations will be in malls and other unused retail space. The first are planned for New York, Chicago, San Francisco, Los Angeles and Miami. C3 also plans to lease space from existing ghost kitchen operators like CloudKitchens, operated by former Uber CEO Travis Kalanick.

Sam Nazarian, founder and CEO of SBE and a majority owner of C3, in a statement described the new concept as “the Netflix equivalent of food and beverage.”

“SBE, for the past two decades, has created leading culinary experiences for hotels, restaurants and nightlife. Now, through C3, we are bringing the same creative thinking directly to how consumers want their food: from phone-to-table in under 30 minutes and for under $30.”

Press materials indicate C3 will take advantage of “underutilized” spaces, such as existing kitchen facilities across both SBE and Accor hotels. SBE said its portfolio will include 36 hotels and more than 200 restaurants and nightclubs by the end of this year, including the SLS, Delano and Mondrian brands.

The company also plans to launch a food hall called Citizens in Brookfield Properties’ Manhattan West development in New York City, which is part of Hudson Yards. The 40,000-square-foot space will have a curated collection of brands, as well as two full-service restaurants and multiple bars, in addition to the fast-casual market hall.

C3 said a 5,000-square-foot ghost kitchen will “power” the food hall and offer delivery, but it’s not clear what that means, and officials did not respond to press questions.

The company will also be joined by fine dining chefs, such as Dani Garcia, known for his eponymous restaurant in Spain that reportedly closed late last year, and Masaharu Morimoto of “Iron Chef” fame, as well as Dario Cecchini, known for SBE’s Carna concept in Baha Mar in the Bahamas. Cecchini plans to launch a Tuscan interpretation of a sandwich shop, for example.

In addition to tapping the existing Umami Burger brand, C3 will also introduce several new brands developed by SBE’s Heierling, such as:

--Krispy Rice, which will be inspired by SBE’s Katsuya concept, first launched in Los Angeles and located in several hotel properties around the world;

Nazarian in press materials also said the company is creating packaging for delivery that is designed to be carbon neutral, tamper proof and highly functional, though details were not provided.