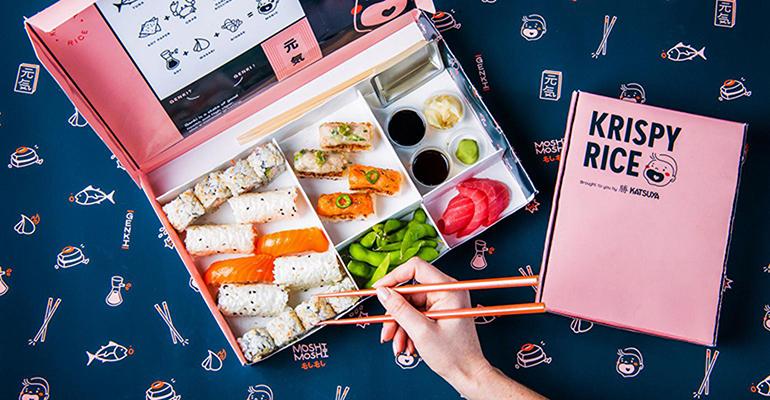 After C3 CEO Sam Nazarian sold his stake in SBE Entertainment Group's hotel business, C3 is now on track to have 200 digital kitchens and eight brands by the end of 2020

One week after announcing that he sold his remaining 50% stake in former C3 parent company, New York City-based SBE Entertainment Group's hotel business to Accor Hotels, C3 (Creating Culinary Communities) founder and CEO Sam Nazarian is investing in the growth of the C3 platform with the announcement of 20 new leadership hires on Wednesday.

Doug Koob, formerly of independent contracting and consulting company, Circle Alliances, Starbucks and First Watch, will be in charge of the development of “strategic business partnerships” for C3’s portfolio of virtual restaurant brands. Thomas Negrel, formerly a vice president of finance at San Francisco-based Specialty’s Café and Bakery, will take the lead on accelerating the acquisition of new brands and venues for C3’s arsenal of virtual restaurants.

“Doug brings with him over 30 years of industry experience, including 23 years at Starbucks. Thomas, as well as so many of our new hires, has a wealth of knowledge that will prove invaluable as C3 continues to disrupt the food and beverage industry,” C3 CEO and founder Sam Nazarian said in a statement.

“Our incredibly dedicated C3 team, made only better with the addition of 18 talented individuals, is working together to fundamentally disrupt how we address customers’ changing relationship with restaurants and shape the future of food service,” Nazarian said.

The new leadership team was named right after C3 announced their partnership with Lunchbox to launch virtual food hall, CitizensGO, which units all of the C3 brand under one digital roof and will allow app users to place singular orders with food from all of the Citizens brands including Umami Burger, Krispy Rice, Sam’s Crispy Chicken, Plant Nation, EllaMia, In a Bun, The Other Side, and La Gente Tacos.

“With both the launch of our new CitizensGO app and our venture to re-think hotel F&B and reshape the use of hotel kitchen space, we are developing solutions for culinary and hospitality brands that generate supplemental revenue during these uncertain times,” Nazarian said.