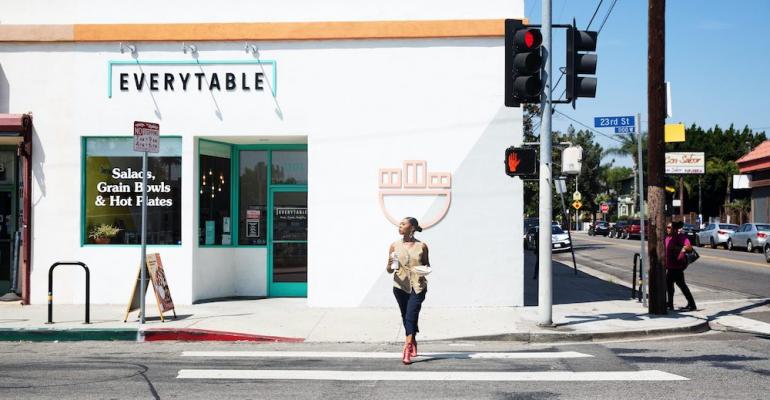 The Los Angeles-based restaurant chain and social enterprise Everytable on Wednesday announced a $2.5 million investment that will support the concept’s move into franchising — specifically tapping entrepreneurs of color to operate in underserved neighborhoods.

The $2.5 million is a program-related investment from the Annenberg Foundation ($1 million) and the California Wellness Foundation ($1.5 million), known as Cal Wellness.

Unlike the more typical grants offered by such organizations, program-related investments can allow foundations to make low-cost financing available to other charitable entities if the mission is aligned with philanthropic goals. In this case, the funding aims to “empower disenfranchised entrepreneurs” from marginalized communities to become franchisees. 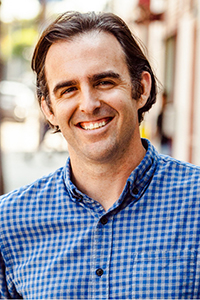 Everytable plans to open 25 franchise locations, owned by entrepreneurs of color from underserved neighborhoods, in Southern California over the next five years.

The goal, ultimately, is to open up franchising to the rest of the country and to seek the support of other philanthropic groups, said Sam Polk, above, Everytable’s co-founder and CEO.

“We’re a food company and all about making food healthy and accessible for everyone. But behind that is our belief that the world should be a more equitable place,” said Polk. That means also giving access to potential business owners that have been “kept out of the system, whether by slavery or Jim Crow or red-lining … or the inability to get loans or purchase homes in certain neighborhoods,” he said.

“We hope this is the first wave of money coming from philanthropic foundations as they see the win-win-win nature of this franchise structure, where entrepreneurs get access to capital and run their own business and the neighborhoods get access to healthy food,” Polk added.

Cinny Kennard, Annenberg Foundation’s executive director, said in a statement, “The lack of freshly made and affordable, healthy meals is a challenge that should not exist for anyone in a city as plentiful and kind as Los Angeles. Everytable is designed to effectively combat this existence of ‘food deserts.’… With this new project, Everytable aims to create jobs and lift up local economies. We are proud to be a part of such an innovative and inclusive approach.”

Judy Belk, president and CEO of Cal Wellness, said the investment shows “our commitment to leverage our endowment to serve communities that too often get left behind. We’re committed to using every tool in our tool kit to advance our mission to improve the health and wellness of Californians.”

Launched in 2015, Everytable is a unique grab-and-go restaurant chain with a variable price structure that depends on the neighborhood it serves. With a menu of made-from-scratch soups, salads, grain bowls and wraps, prices start at $4.95 in underserved neighborhoods, for example, and $6.95 in middle-income or affluent areas. 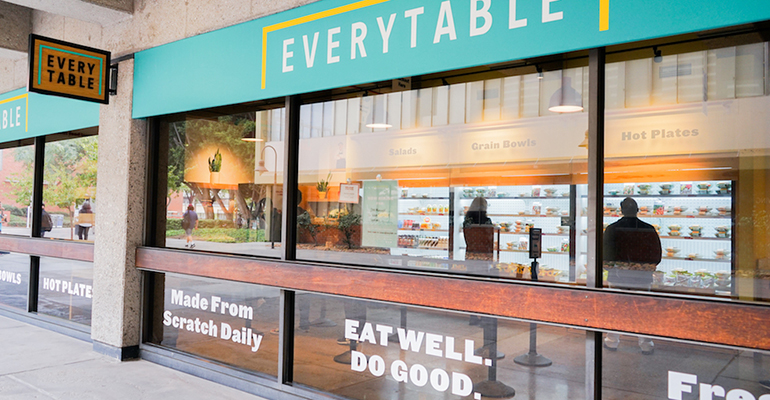 One of the concept’s goals is to provide fresh, healthful meals to so-called “food deserts” where fast-food chains tend to be the only option. Designed to maximize efficiency, the meals are prepared in a central kitchen and distributed to storefront locations.

Currently, Everytable operates eight storefront locations in Southern California with another three in construction. By the end of 2020, the company hopes to have 20 open, which will be mostly company owned, though Polk said some of those may include the first franchised locations.

Unlike most franchise partnerships, which require franchisees to demonstrate a certain base of funding up front, Everytable will provide access to capital to those who complete the robust training program first.

Franchisee candidates, for example, will be required to work in an Everytable for at least six months, and participate in a year-long Everytable University educational series though which they will learn all elements of running a business — from accounting and hiring, to leadership and operations.

Program graduates will also get help with things like site selection, build-out design and access to ongoing marketing support. Candidates will be recruited internally among store-level managers, but also through nonprofit and academic partners and other online channels,.

When candidates finish the university program “it’s not guaranteed they’ll get their own franchise, so they have to prove themselves through that process,” said Polk. “We need to make sure our own brand standards are met, but we are also in some sense caretakers of this capital from these foundations.” 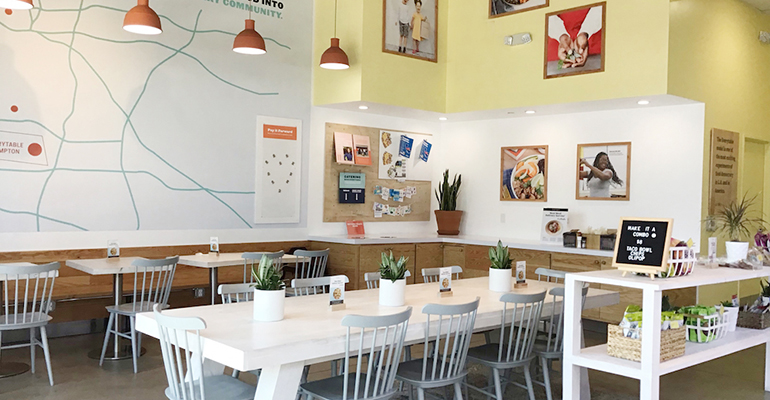 Yet to be decided, however, is whether franchisees will be asked to put up some measure of net worth or liquid assets to have “skin in the game,” said Polk.

Franchise growth also depends on expansion of Everytable’s commissary structure, Polk said. The company is about to move into a significantly larger 20,000-square-foot commissary in the Vernon neighborhood of Los Angeles. Earlier commissary locations were 1,200-square-feet and later 4,500-square feet. Polk said the new commissary will be able to produce 20,000 meals per day, but more commissaries will be needed to move into new markets.

In addition to the grab-and-go meals out of storefront locations, the chain also offers SmartFridges, which are credit card-activated machines stocked with fresh meals that can be placed in offices, hospitals and businesses. Everytable also recently launched efforts to eliminate food insecurity among students by opening SmartFridges at schools, colleges and universities across Southern California.

There are “many” SmartFridge locations, but Polk said the company does not disclose how many. 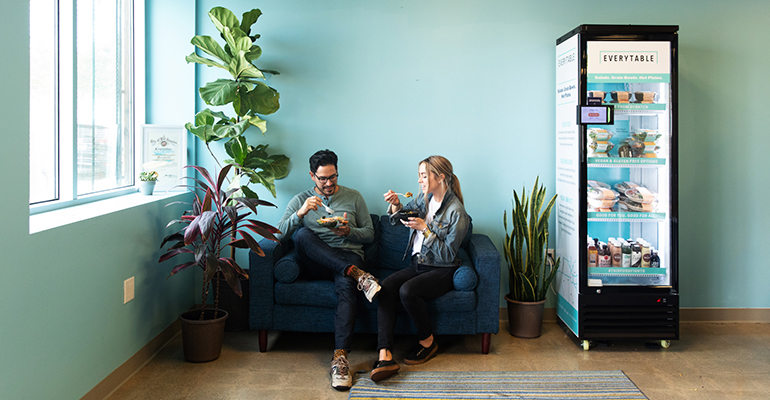 In some markets, Everytable also offers a subscription service, delivering batches of meals in insulated boxes to customers’ homes. Polk said “hundreds” have subscribed for the service.

Everytable also delivers through third-party players like DoorDash, but that’s not a big emphasis for the brand, he said.

“We’re making healthy food truly affordable and accessible, so we’ve designed a model to avoid the incredibly expensive nature of taking a single meal to a single person at their home,” he said.

Last year, Everytable closed on a $7 million fundraising round that included debt and equity.

CORRECTION: An earlier version of this story mischaracterized the timing of the $7 million fundraising round. It was in 2019.