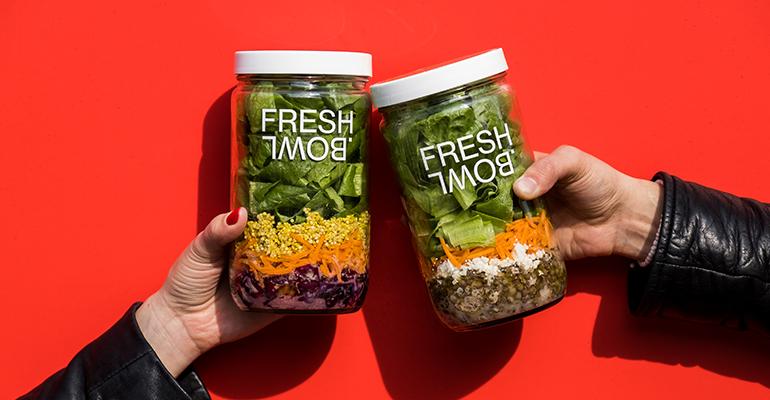 The automat returned with a modern twist on Monday with the official launch of Fresh.Bowl, a vending machine chain in New York serving up freshly made salads in reusable glass jars.

The concept was created by restaurateur Chloe Vichot, head of food innovation, who also founded the New York restaurant Ancolie in 2016, which was known for its fresh composed salads served in reusable jars. Vichot said she closed Ancolie on Friday to focus on growing Fresh.Bowl, which will take many of the recipes from the restaurant to reach a broader audience through the machines.

Related: Making the most of vending machines

“The feedback we got from consumers at Ancolie was very exciting and that’s why I realized that opening more stores and buildout, the rent and all of this was getting really difficult. So that’s why a vending machine was the perfect way to do it,” said Vichot.

Served by a commissary kitchen where dishes are made from scratch, Fresh.Bowl units will be stocked daily and the machines can hold up to 200 items, depending on how they are set up, she said. 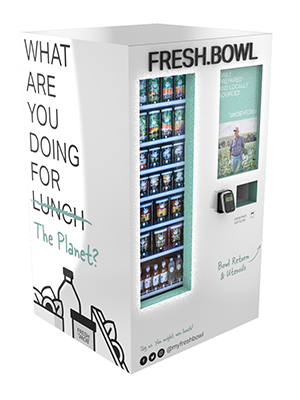 The bowls — which might include dishes like the classic French lentil-and-goat cheese with walnuts, carrots and lettuce with a red-wine vinaigrette, or a Southwest salad with black beans, corn, red peppers and gem lettuce with a jalapeno-cilantro dressing — are roughly $6 to $12, including a $2 deposit for the jar that guests will get back as a credit toward their next meal when they return the jar to the machine and scan a barcode.

The jars will be collected, cleaned and sanitized at the commissary to be used again. “The idea is to build loyalty based on sustainability,” said Vichot.

Vichot’s business partner Zachary Lawless, who designed the prototype vending machine, said in a statement, “It’s our responsibility as a modern-day food company to both positively impact our community and minimize our impact on the environment. Most grab-and-go food options today are generic, mass produced, highly processed and over packaged. Fresh.Bowl is offering a more-thoughtful approach as we never sacrifice convenience for quality or sustainability.”

The partners have been testing the Fresh.Bowl concept for six months at a WeWorks location. Starting Monday, more units were scheduled to launch at a midtown office building and at the Fulton Street Station downtown, followed by a unit at the New York headquarters of creative agency Droga5. Fulton Street will be the first public location. 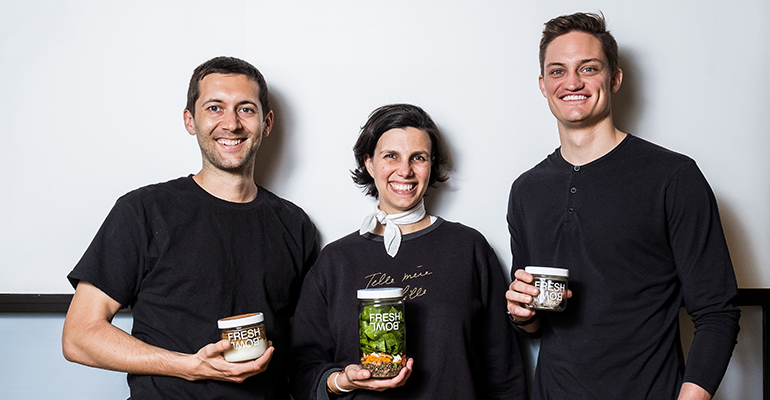 Fresh.Bowl joins other vending-machine-meal concepts such as the 275-unit Chicago-based Farmer’s Fridge, which has units in Chicago, Indianapolis and Milwaukee, and the Montreal-based Portions, a two-unit brand started by a Canadian father-son duo.

Vichot said she hopes to see as many as 300 Fresh.Bowl units throughout New York City, and the goal is to reach 100 by the end of 2020. The company is talking with New York University and other potential hosts that might be looking for fresh and convenient food, served sustainably, at an accessible price point.

“This summer we will try to have 10 machines as a test to show it’s working, and then we’ll go out to raise more capital,” said Vichot.