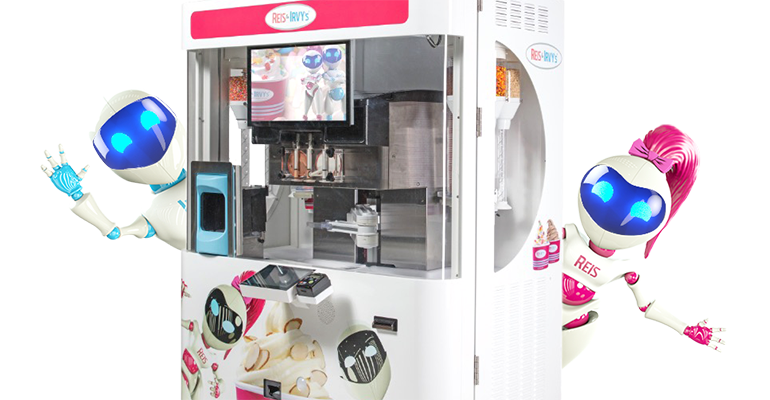 Making the most of vending machines

This retro type of automation can add to the customer experience

Vending machines have been finding their way into more restaurants of late, filled not with packaged snacks, sodas or cigarettes, but instead with unexpected items such as champagne, soft-serve ice cream and even restaurant swag.

Die-hard culinarians might view vending machines as more gimmicky than a sales-driving strategy, but operators who have installed them say the benefits are many.

Since September, guests at Bar Moxy inside the Moxy Hotel in New York City’s Times Square have been able to help themselves to soft-serve ice cream at any hour of the day or night thanks to the installation of the “Love Machine,” a self-serve soft-serve vending machine clad in work by American artist Curtis Kulig.

The automated soft-server dishes out Mike’s Hot Honey Vanilla or Dairy-Free Dark Chocolate — or a twist of the two — in three sizes with a choice of three toppings highlighting local products. Prices are $3, $5 and $7 per serving, with toppings 50 cents each. 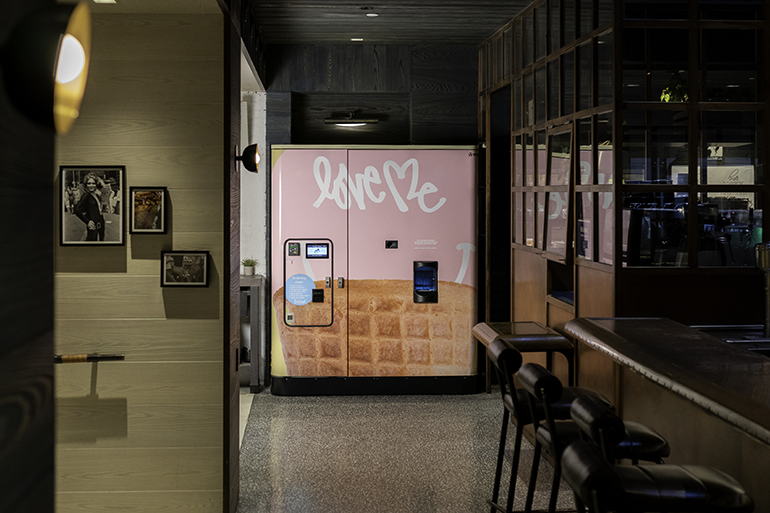 While the 66-room hotel has a rooftop lounge, a seafood brasserie and a sandwich shop on site, it does not offer room service or in-room mini bars, so the machine fills a void for guests’ 24/7 cravings. So far, the machine is doing about $2,000 a month in ice cream, with many sales occurring between 7 p.m. and 10 p.m. or very late at night.

For operators who want to get in on frozen-treat machines, there’s the Reis & Irvy’s Froyo Robot, a 15-square-foot self-serve frozen-yogurt machine that dispenses up to six flavors and six toppings of various Dannon products — frozen yogurt, gelato, soft serve, etc. — while entertaining waiting customers with cheerful animations and lively music.

“If I were an operator looking to serve dessert with a twist, this is it,” said Nick Yates, CEO of Generation Next Brands, the company behind the Froyo Robot. “This product puts smiles on faces. You’re enhancing the guest experience.”

Another part of the appeal, said Yates, is that the margins on the product are about 80 percent: a $5 frozen yogurt is about $4 profit, he said.

Yates said about 14,000 units have been pre-sold to approximately 300 operators all over the country, including hospitals, colleges and universities. While the Froyo Robot is not in any restaurants as of yet, Yates said he’s been in talks with several interested chains that don’t currently offer dessert. 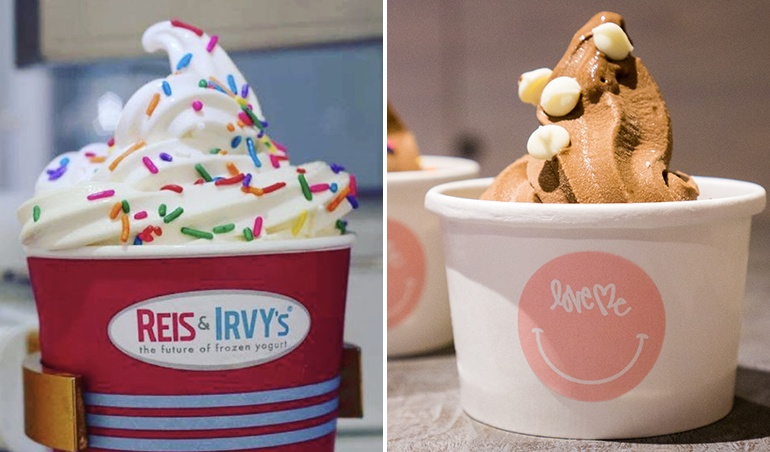 “We’re creating an experience for guests that they are in charge of,” said Sri Divel, Pickled Monk partner.

After showing proper identification, diners 21 and over can purchase a $5 or $10 token for the Pickled Monk branded machine, then make their craft can selection.

“We want the self-serve experience inside the four walls,” added Divel,” We want [diners] to treat [the restaurant] like their home.”

To install a vending machine in a restaurant, operators can buy one outright or sign a monthly lease-to-own agreement and reap all the responsibility of management and maintenance, as well as the profits, or partner with a vending company that manages all aspects of the machine in exchange for a small percentage of the profits.

For example, Pickled Monk’s custom-wrapped vending machine was purchased outright from a large national vending company for approximately $6,000. In contrast, the cost to buy a Reis and Irvy’s Froyo Robot outright is $57,500.

The Crack Shack, a small fried chicken chain based in Southern California, takes a pedestrian food trend — fried chicken — and pairs it with luxury Moet champagne splits served from a vending machine in the dining room of its new Century City location in Los Angeles.

To get a split, adults 21 and older purchase a $20 token at the order counter or bar, and select one of three options — brut, demi sec and sweet — from the machine, which has a customized Crack Shack skin. 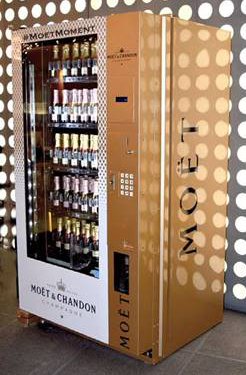 Mama Lion is another restaurant and bar in Los Angeles that recently installed a Moet & Chandon vending machine.

Despite the cost of purchasing the machine outright, which the company declined to share, coupled with the fact that the restaurant has a large selection of beer, cocktails and other higher-quality champagnes at the bar which have better margins than the machine, Crack Shack founder and CEO Michael Rosen says it has been worth the investment.

“Sometimes you have to do something you think is good for the restaurant even if it doesn’t pencil out in traditional metric,” said Rosen. “It’s both useful and what an Instagram opportunity. People talk about it, people pose in front of it and people drink from it.”

But bubbly machines won’t likely pop up at other Crack Shack locations anytime soon. Rosen said the company custom designs each unit to fit the locale; a champagne vending machine makes sense in the Century City inside a high-end shopping mall, but it wouldn’t necessarily work elsewhere.

“I wanted to have something accessible in our restaurants to sell items to guests,” said Tara Lazar, owner of Cheeky’s. “The vending machine takes the pressure off of the servers, so they don’t have to become ‘retail specialists’ instead of being on the floor with the guests.”