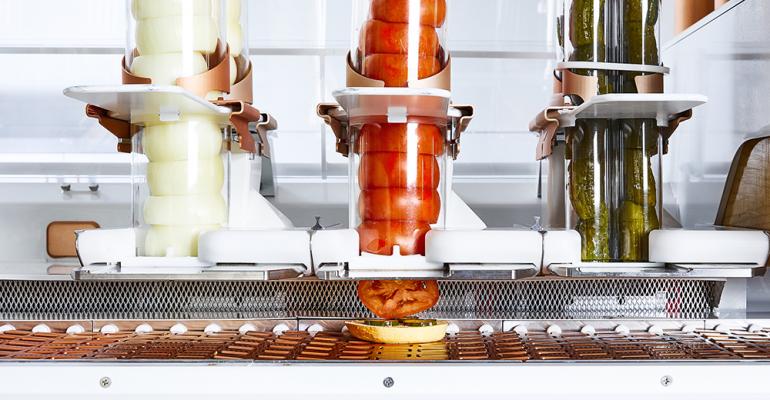 Aspects of automation are increasingly becoming part of the restaurant industry, from burger-flipping robotic arms in the kitchen to robotic servers on wheels.

With that has come a growing crop of fully automated foodservice outlets, in which humans, if involved at all, play only a supporting role.

Some may look more vending machine than restaurant, but these machines stand poised to potentially steal market share from concepts operated by their human counterparts.

The robotic coffee bar Café X, for example, on Aug. 1 disclosed it has come close to raising $12 million in its latest round of funding, according to filings with the Securities and Exchange Commission.

Company officials say they are expanding in-house manufacturing and more Café X units will be available for deployment in commercial real estate and other high-traffic areas soon.

But Café X already has competition. Here’s a closer look at that brand as well as four other robot-driven outlets:

This story has been updated to adjust the number of locations for Briggo.
Start Slideshow ›
TAGS: Operations Staffing
0 comments
Hide comments
Recommended Reading