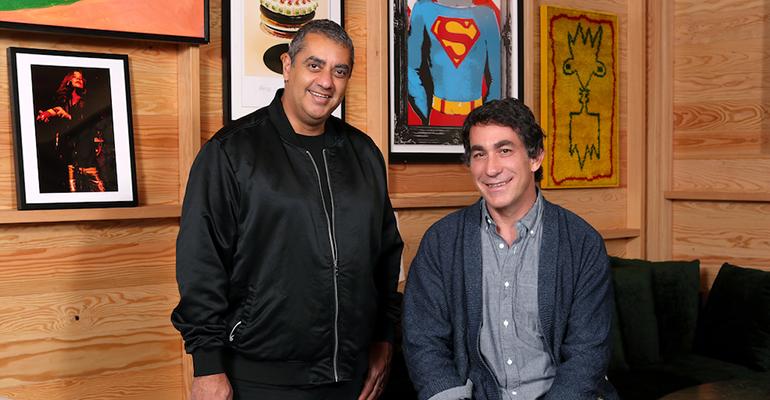 The Bungalow Kitchen, slated to open March 4, will strive to recreate the feeling of a house dinner party, blending high-quality food, drinks and service with a chic, bohemian décor package that encourages customers to gather throughout the evening. The concept is scheduled to open for outdoor dining only initially, until pandemic-related restrictions lift.

The 10,000-square-foot restaurant will include five separate areas for dining and socializing, including a 3,000-square-foot outdoor patio that seats nearly 100. The concept is designed for parties both large and intimate, with nooks for romantic dinners or drinks and plenty of space for larger parties to mingle.

The décor seeks to impart a light, fun ambiance, Bolthouse said, and the California cuisine-inspired menu augments the overall experience with a range of shareable dishes such as an eclectic assortment of pizzas, hot and cold shellfish dishes, and a drink menu that includes classic cocktails and high-end wines.

“It has a little bit more of a social dynamic than just a one-room restaurant,” said Bolthouse. “Each space has carefully thought-out details, so that it has a residential feel.”

In addition to pizza and shellfish, the menu also includes comfort food items such as Mina’s signature Lobster Pot Pie featuring a whole Maine lobster, truffle-lobster bisque and root vegetables; and the Short Rib “Pop Tart” topped with crispy shallots and drizzled with sauce bordelaise. A late-night menu includes various finger foods, and a brunch menu is in the works.

The Bungalow Kitchen is also meant to evoke the ambiance of the exclusive membership clubs that have been popular in the Los Angeles area, Bolthouse said, although the new restaurant will be open to the public.

The venue had originally been conceived as the third installation of The Bungalow Bar, which Bolthouse operates at two Los Angeles locations through his Bungalow Hospitality Group, but Bolthouse and Mina decided to pivot while the venue was under development and turn it into The Bungalow Kitchen concept.

The two partners had already been collaborating on a planned Bungalow Kitchen that remains under development in the Northern California city of Tiburon, and decided to adapt it to the Long Beach site first instead.

Luckily, Bolthouse said, many of the design elements that had been in place already, such as the oversized kitchen, were readily adaptable to the new concept.

“I call it a beautiful disaster,” he said. “So many things aligned for this to become a restaurant.”

Bolthouse anticipates that The Bungalow Kitchen will become a destination for gatherings as the pandemic eases, drawing dinner parties that evolve into hours of post-dinner mingling.

“We are calling it a ‘community social house,’” he said. “Hopefully people we come for a birthday dinner with a party of 10, and then invite 30 people to hang out afterwards, and celebrate life. Coming out of this pandemic, people will want to do that.”

The homey décor includes couches, low tables equally suited for dining or drinking, and multiple fireplaces. It has a game room with a pool table, and a sun room with white oak plank walls that seeks to offer an intimate and sophisticated space for after-dinner cocktails.

The restaurant will mark a new concept for MINA Group, Mina’s San Francisco-based restaurant empire that manages more than 40, mostly upscale restaurants across the country and overseas.