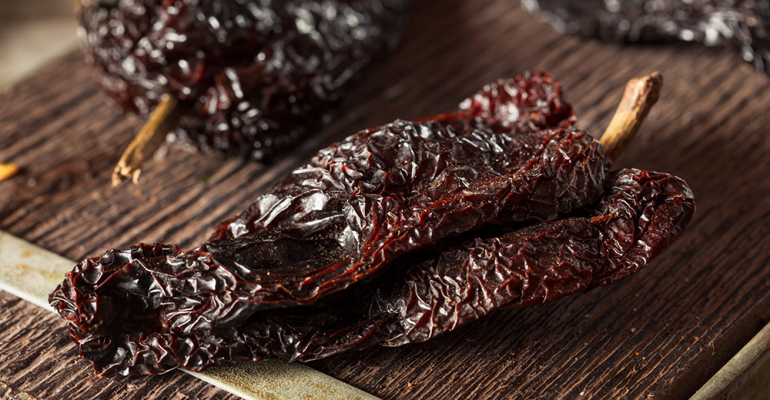 Ancho is the term for ripe, dried poblano peppers.

Poblanos are large, fleshy, mild chiles that become sweeter and fruitier when they ripen and change color from green to red. Those red peppers are dried, often with the help of smoke, and are called ancho peppers.

These days they’re being used to add mild heat and smokiness to condiments, sauces, marinades and rubs.

According to market research firm Datassential’s studies, ancho peppers have thoroughly entered the mainstream in American dining and can be found on nearly 7% of menus in U.S. restaurants after a nearly 60% climb in the past four years. Nearly a quarter of the population has tried this Flavor of the Week — it’s a favorite especially among Hispanic and Millennial diners, Datassential reports.

Find out more about this peppery Flavor of the Week, including a couple of suggestions to spice up your menu, by clicking through the ancho pepper slideshow.

Asian desserts such as mochi and hotteok enjoy growing appeal on menus
Mar 24, 2021