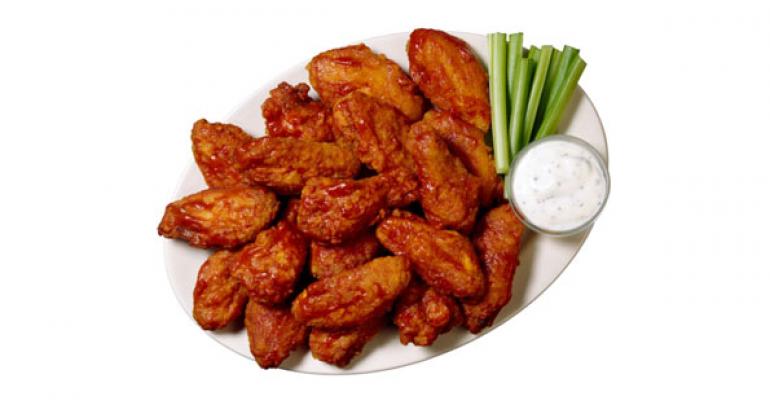 We already knew wings (and cold beer) were the perfect complement to watching football, but recent data from GrubHub Seamless shows just how popular the classic bar food is on game day, and a few others that might surprise you.

On any given Sunday, in NFL cities during the season, takeout orders spike 10 percent, according to research from the online and mobile-food ordering company. So if you’re not marketing the right foods to the loyal fans firmly planted on their couches on Sundays, you’re missing a prime opportunity.

Wings see a 45-percent boost in takeout orders during gametime, while Chinese favorites beef and broccoli (26 percent) and General Tso’s Chicken (20 percent) are two of the top five orders. Pizza (21 percent), of course, is on the list, as is Italian beef (21 percent).

The least popular football foods? Mexican dishes, like guacamole (20 percent), tacos (17 percent) and burritos (12 percent), all see significant drops, although the opposite is probably true during fútbol games. Mac and cheese (16 percent) and salads (12 percent) are the other entrees declining the most.

The city with the hungriest fan base, apparently, is Seattle, which sees a 16-percent increase in takeout orders during Seahawks games. Miami, New England, Chicago, Philadelphia and Green Bay, Wis., follow at 15 percent, with Baltimore and Cincinnati just behind at 14 percent.

It stands to reason fans in non-NFL cities are also likely to consider more takeout during game times, too, so make it easy for them to order and offer the right foods.