/sites/all/themes/penton_subtheme_restaurant_hospitality/images/logos/footer.png
Recent
Recent
Flavor of the Week: Beer cheese, a spread with near infinite possibilities
Feb 22, 2021
Help could be on the way for California restaurants
Feb 19, 2021
5 Things: Guy Fieri launches his first ghost kitchen with Robert Earl
Feb 18, 2021
How Stone Brewing Co. is making convenience technology a personalized guest experience
Feb 18, 2021
The Bungalow Kitchen seeks to offer house-dinner-party-style experience
Feb 17, 2021
Featured
Jose Garces launches two virtual brands, focusing on vegan burgers and Peruvian chicken, in Philadelphia
Feb 09, 2021
With Singapore giving the green-light to lab-grown meat, when will it hit American restaurants?
Feb 17, 2021
Five things: Will shopping malls become hubs for restaurant delivery?
Feb 09, 2021
Is your business what Danny Meyer is looking for?
Feb 08, 2021
The beginning of the end of sexual harassment?
brought to you by 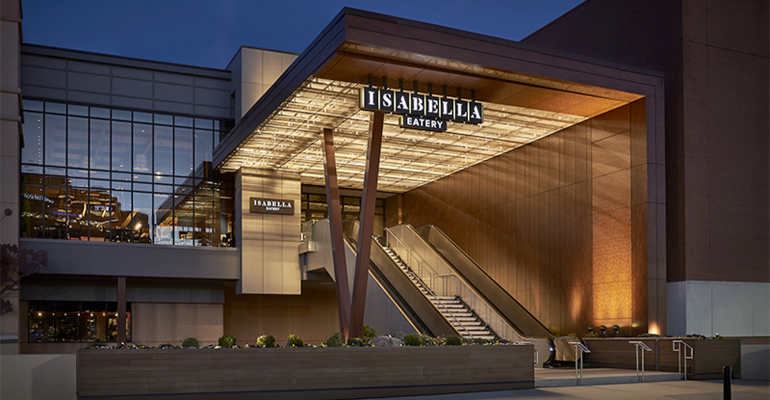 Washington, D.C. chef Mike Isabella and partners are facing a lawsuit by a former manager who alleges “extraordinary sex-based hostility and abuse,” according to The Washington Post. Isabella and others named in the lawsuit denied the allegations, the report said.

“Simply put, the allegations of an unwelcoming or hostile work atmosphere are false,” Isabella and his partners said in a statement in the report. “Harassment, discrimination, bullying, abuse or unequal treatment of any kind whatsoever are not tolerated” at Mike Isabella Concepts.

In the complaint, Caras said Isabella and partners called her vulgar names, commented on her buttocks and touched her without permission.

“Women generally do not make it into the higher management ranks of Mr. Isabella’s establishments and when Ms. Caras did, she became the target of extraordinary sex-based hostility and abuse,” the lawsuit said, as quoted in the report.

Caras said in the lawsuit that she was fired after asking Isabella to stop. Attorneys for Isabella, however, disputed that account, saying she walked off the job and refused to return, insisting she had been fired.

Isabella’s attorneys also described Caras as a co-owner of the group, having made a one-time investment of $15,000.

The group operates more than a dozen concepts in the Washington, D.C. area, including Arroz, G by Mike Isabella, Graffiato, Pepita, Requin, Yona and several variations of the Greek restaurant Kapnos.

Isabella and his group are among a growing cadre of restaurateurs facing charges of sexual harassment, including Mario Batali, Ken Friedman and John Besh.