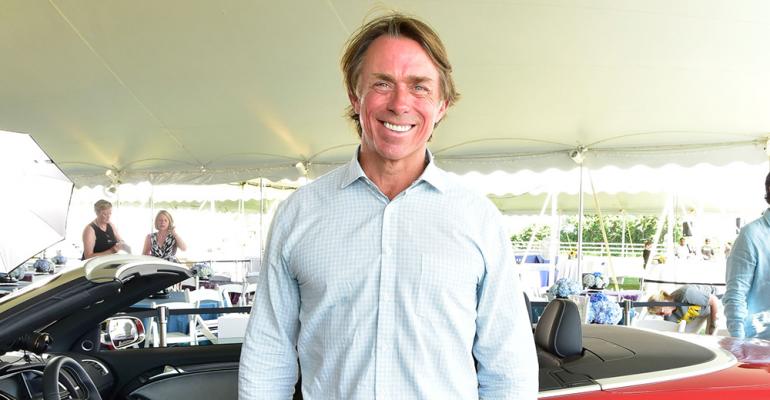 John Besh steps down at BRG amid sexual harassment allegations

Famed chef and restaurateur John Besh stepped down as CEO of the multiconcept restaurant group he co-owns on Monday following reports by the New Orleans Times-Picayune alleging rampant sexual harassment at his company.

In addition, Harrah’s New Orleans casino on Monday said it is terminating its relationship with Besh following the reports, saying its Besh Steak restaurant would be renamed.

An article in the Times-Picayune on Oct. 21 outlined charges of sexual harassment from 25 current and former employees of the Besh Restaurant Group, or BRG, following an eight-month investigation.

The women —  nine of whom were identified by name — worked in BRG restaurants or in the corporate office, and described a company where several male co-workers and supervisors allegedly touched female employees without consent, made suggestive comments about their appearance and, in some cases, tried to leverage positions of authority for sex.

In a letter to BRG employees on Monday, Shannon White, previously the company’s chief operating officer, said she will assume the role of CEO, effective immediately, replacing Besh, who stepped down to focus on his family.

The report comes as news of sexual harassment roils the entertainment industry as disgraced Hollywood mogul Harvey Weinstein faces allegations of rape and harassment going back decades, with similar charges faced by top executives at Fox News, Uber and Amazon. Weinstein’s case is an example of what many describe as an “open secret” about how women have been abused within the entertainment industry for years, and with little recourse.

The restaurant industry is often described as similarly toxic, with a male-dominated “bro culture.” A 2016 survey by Hart Research Associates indicated that 40 percent of women in the fast food industry have experienced unwanted sexual behaviors on the job. A 2014 report by Restaurant Opportunities Centers United, or ROC, found that more sexual harassment claims filed with the Equal Employment Opportunity Commission, or EEOC, come from the restaurant industry than any other.

In the Besh Restaurant Group’s case, complaints indicated a culture of harassment. Some women said they were warned about “handsy” male supervisors early in the job, and others said they were berated, ostracized or ignored if they complained.

One woman in an EEOC complaint said she had a sexual relationship with Besh, who is married, and that employees of the restaurant group engaged in retaliation when she sought to end the relationship. The woman, who has not named, described an incident in 2015 on a work trip to Los Angeles when Besh insisted she “drink heavily” at an event. He allegedly came to her hotel room and engaged in oral sex with her while she was “barely conscious and easily overwhelmed,” the report said.

Besh and the group’s attorney, Raymond Landry, told the Times-Picayune that they could not comment on the EEOC complaint specifically, but Besh admitted being in a consensual relationship with a member of his team.

“I have been seeking to rebuild my marriage and come to terms with my reckless actions,” Besh said in a statement to the newspaper. “I also regret any harm this may have caused to my second family at the restaurant group, and sincerely apologize to anyone past and present who has worked for me who found my behavior as unacceptable as I do.”

In her letter to BRG’s roughly 1,200 employees Monday, White said she will continue supervision of all operations and guide strategic direction of the company’s corporate culture.

She also outlined several steps the company is taking to address the issue, including the hiring of an “expert” to independently investigate whether unreported claims still exist. She encouraged workers to contact the newly hired director of human resources, Dawn Hazen, with any concerns.

The company is also establishing a permanent advisory committee, made up of a diverse group of employees, to “continue the forward movement of our company culture.” The sexual harassment policy, code of conduct and ethics clause is also being strengthened, she said.

An employee assistance program is being created offering services that include counseling, and a dedicated phone number will be available to allow workers to speak out without fear of retaliation.

“You are our most important asset!” White wrote to the company’s workers. “It is unacceptable if even one of you feels you cannot voice a concern about inappropriate workplace conduct. Let’s collectively ensure that we have a zero-tolerance policy toward harassment of any kind. Our goal is to earn your trust and for you to know that we take all concerns seriously.”

In its statement severing ties with Besh, Harrah’s noted that workers at Besh Steak are employed and managed by Harrah’s, not BRG.

Not including Besh Steak, BRG operates 11 restaurants and a bar, as well as an event space in New Orleans.

Earlier this month, New Orleans chef Alon Shaya ended his relationship with Besh, who co-owns restaurants operated separately under Shaya Restaurant Group, including the restaurant Shaya, which was named Best New Restaurant in the U.S. by the James Beard Foundation last year.

Shaya told the Times-Picayune that he was fired as executive chef of his restaurants after speaking out about the lack of a human resources infrastructure to handle harassment complaints. Shaya also said such complaints were handled appropriately within his restaurants.

Others in the report said Shaya was attempting to distance himself from Besh.

Shaya is reportedly in the process of negotiating the purchase of BRG’s share in his restaurants and recently launched a new company called Pomegranate Hospitality, recruiting both Shaya chef Zachary Engle and Shaya general manager Sean Courtney to the newly created entity, according to a Facebook post.

BRG, however, on Friday launched a trademark dispute over the Shaya restaurant name, according to The New Orleans Advocate.