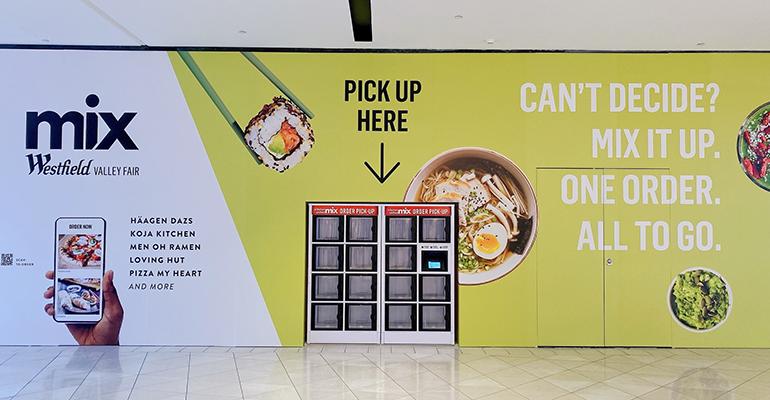 Kitchen United reinvents California shopping mall as food delivery hub plus four other things you may have missed this week.
Operations>Technology

Restaurant Hospitality is launching a new feature called Five Things spotlighting industry news that impacts independent restaurant operators. Here are five things you may have missed for the week of Feb. 8:

The Congressional Budget Office, or CBO, on Monday issued a report on the impact of raising the federal minimum wage to $15 per hour by 2025. The bipartisan analysis said the move would impact about 17 million workers who make less than $15 per hour, and it would indirectly impact another 10 million whose wage rate would be affected. When fully enacted, the CBO said the phased-in increase would reduce employment by about 1.4 million workers, or 0.9%. But it would also reduce the number of people in poverty by 0.9 million.

Read the report here: The Budgetary Effects of the Raise the Wage Act of 2021

Pasadena, Calif.-based Kitchen United last week announced a partnership with Westfield Valley Fair in Santa Clara, Calif., where the ghost kitchen operator has launched a new system to enable the restaurant tenants to offer delivery. Kitchen United’s MIX ordering system allows consumers to order from different restaurants within the mall. A conveyor belt system brings the food to a pickup station, where third-party delivery drivers can collect the orders quickly — to avoid long walks through the mall. The system also allows mall workers to order food for delivery to a system of lockers.

Third-party delivery player DoorDash announced this week that it had acquired Chowbotics late last year. San Jose, Calif.-based Chowbotics is known for its creation that was once called Sally the Salad Robot, but has apparently been renamed the Fresh Food Robot.

DoorDash officials say the move will help merchants expand their menu offerings and reach customers in new markets, including made-to-order fresh food at the touch of a button.