The first Café X kiosk opened in 2017 in San Francisco. The chain now includes three locations serving high-end coffee, such as Intelligentsia Coffee, Ritual Coffee Roasters and Equator Coffees. On the menu are coffees ranging from a $3 Americano to a $4 Nitro cold brew. A human is on hand to help customers order, which they can do by mobile app or using a tablet at each location.

Out of Austin, Texas, comes Briggo, another robotic coffee shop designed for corporate campuses, factories or airports. The chain has five units open in Austin, including one at Austin-Bergstrom International Airport. The company has raised $10 million in series A funding from S3Ventures, and plans to expand to universities, airports, hospitals, office buildings, malls and hotels across Texas before moving to other U.S. markets.

The burger concept Creator opened in June in San Francisco with a fully automated kitchen. Developed by roboticists from Disney Imagineering, NASA and Tesla, Creator worked with chef David Bordow, who cooked previously at Chez Panisse, to create a high-end burger that can be customized to order.

The beef, a mix of chuck and brisket, is ground after the order is placed, and freshly baked brioche buns are sliced and toasted. The system dispenses sauces, onions, cheese with exact sensors to control costs. The resulting burger is $6. Humans are only involved in the ordering process.

Parent company Chowbotics has raised $17.3 million in three rounds of funding to expand the availability of its salad-making robot Sally, which is designed for cafeterias, convenience stores, hotels and restaurants. More than 10,000 meal options can be made to order from 22 ingredients. By the end of August, 20 Sally units are expected to be in operation, including three to be deployed next week at two WeWork offices in Dallas.

A subsidiary of San Diego-based Generation Next Franchise Brands Inc., Reis & Irvy’s launched in 2016 as a frozen-dessert vending robot. The units offer seven flavors of froyo, ice cream, sorbet or gelato, with a choice of up to six toppings. The company boasts 265 franchisees across the U.S. representing more than 1,300 pending robot installations, with contract commitments for another 2,900. However, the company only delivered its first units in June, with locations in Texas, Pennsylvania and Michigan. SEC filings indicate there are plans to ramp up production. 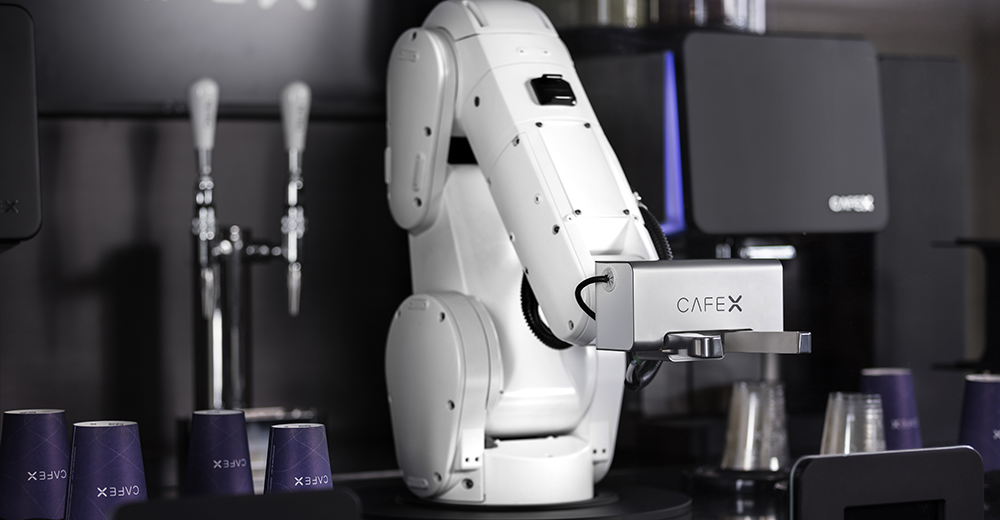 Next Up
A Year of COVID: The Mother of Invention
Start Slideshow ›