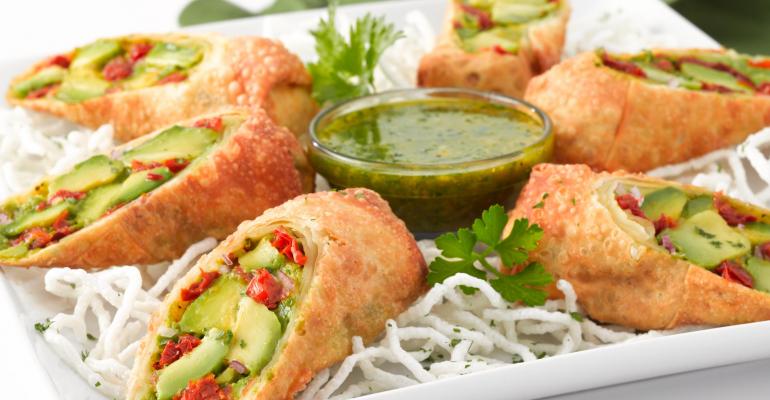 It’s not surprising that the combination of cold weather and stone cold determination to follow New Year’s resolutions sends some diners searching for meatless appetizers. In the wake of holiday meat feasts, many want a change of pace in the form of snacks and lighter bites — sometimes lower in calories or fat; other times higher in fiber than their protein counterparts.

The challenge for restaurant chefs is to ensure that not only do they taste good but also are so delicious that customers return regularly, craving more of the same. That warrants those bites also be unique. Meat free and popular as they may be, cheese-laden fries aren't likely to nudge the newness meter—but  involve ingredients like kale, avocado, artichoke, edamame and cauliflower—and  eyebrows begin rising.