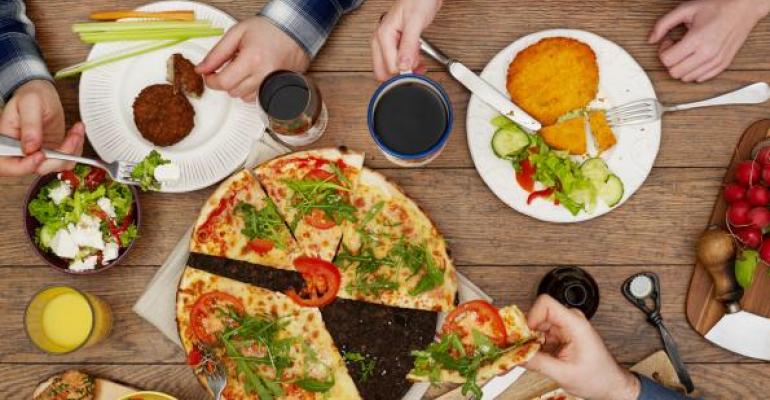 Operators cater to patrons who want to personalize their meals.

What once was considered out of the ordinary has now become commonplace. Today's consumers expect to have the opportunity to customize their restaurant orders — ranging from the substitution of one ingredient for another to the reimagining of a complete entrée. As a result, operators are making it easier for consumers to participate in the creation of something original.

Customization clearly is becoming more important as consumer trends evolve. Demographics are changing, and adventurous millennials have emerged as a key audience for operators. Many want bold flavors and are willing to experiment with various spices and seasonings on their foods. In addition, they tend to be more educated about ingredients and preparation methods, and have a broader food comfort zone than previous generations. These factors embolden restaurant-goers to imagine, and to seek out, a more personalized dining experience.

“Try to find anybody who orders anything just how it appears on the menu,” says Carrie Martin, vice president of operations support for Burnsville, Minnesota-based bd’s Mongolian Grill. “Whether it’s a flavor choice or a dietary choice or doing something different every time, we’ve got it all.”

Customers select proteins, vegetables, sauces and spices to create their own stir-fry at bd's Mongolian Grill, or they can select a “Chef-Created Recipe” such as Paella or Louisiana Boil. After the food is cooked, there is a finishing station where the consumer can add cheese, cilantro, a squeeze of fresh lemon or lime or a sprinkle of TABASCO® Sauce. “The hot sauces and the sweet and hot are extremely trendy,” Martin says. “When those kinds of things come along, it is easy for us to incorporate them.”

Customization is part of a larger trend, says John Feltes, vice president of operations for 1000 Degrees Neapolitan Pizza, which has 25 locations nationwide. Just as people can decide what they want to see on social media, the way they order customized meals can also help them define themselves.

“You have these people who have their own pizza and they are attached to it,” he says. “Regular customers come up to us and say, ‘Hi, I’m the spicy Sriracha marinara with pepperoni and mushrooms.’ They have that connectivity they didn’t have before.”

At 1000 Degrees consumers can select a signature pizza or build their own. If they are dissatisfied with their selection, 1000 Degrees will prepare another pie. More often, Feltes says, people realize the taste results were due to their own selections, a detail that actually encourages consumers to come back and try a different combination of ingredients.

It helps to educate consumers about not only which toppings work well together, but also how many toppings they should choose. Whitewater, Wisconsin-based Toppers Pizza recently launched Straight-Up Pricing, which means anything with more than two toppings will cost the same. Occasionally, customers might try to order 30 or 40 toppings, but they are told that the pizza will not cook properly if it is overloaded.

“It’s a very small percentage of all orders,” says Scott Iversen, vice president of marketing. “For the most part what’s happened is that we’ve seen exactly what we hoped to see — which is people are making it their own.”

In addition, people are taking house recipes and adding their own customizations. One popular mashup is Buffalo Chicken Pizza and Mac ‘n Cheese Pizza, so Toppers added Buffalo Chicken Mac ‘n Cheese Pizza to the menu. Another new item inspired by custom orders is the Sausiago, with Italian sausage, asiago and mozzarella cheeses, onion and Italian seasoning. The new items, and all of the customized pizzas, employ ingredients that Toppers already uses, so there is no extra cost for the operator.

Technology can help make customization easy. At Roll Play Vietnamese Grill in Vienna, Virginia, customers order from kiosks, so they can select, or deselect, various items by touching the screen. The system also helps the establishment to identify customer ordering patterns and change the menu. “We are heavy into looking at data,” says co-owner Boaz Lyu. When Roll Play first opened, customers were requesting extra ingredients on items such as the banh mi, the Vietnamese sandwich on a French baguette. The eatery added signature options such as the Eggs-Rated Banh Mi, which is topped with two fried eggs.

Saladworks president and chief executive Patrick Sugrue agrees that technology plays a role, especially among millennials who want to order from their smartphones. “Excellent service to them is not so much having a friendly person waiting on them, it’s being able get the food the way they want it,” he says. “We invested a significant amount of time and money in the ability to have a kiosk or phone app where consumers can assemble that salad exactly the way they want.”

Consumers can access information on the ingredients, as well as health and nutritional information about those items at their fingertips, Sugrue says, and then pay for the meal on their phone. The Conshohocken, Pennsylvania-based freshly tossed salad concept has 97 locations.

Operators must be careful not to overdo the trend — they have to be strategic with customization, experts say. “You don’t want to be so hell-bent on flexibility that you don’t really have a menu,” says Scott Nelowet, chief and fry guru of French Fry Heaven, which has locations in Arizona, Georgia and Ohio. “You’ve got to be able to produce flavor profiles.” Consumers can top their classic fries or baked potatoes with a variety of toppings and finish them with specialty sea salts, or order a Loaded Spud such as Bacon Cheeseburger or Chicken Garlic Parmesan.

Nelowet says blended customization is the trend that restaurants are heading towards. For instance, he says, French Fry Heaven offers a Buffalo Chicken and also the Virgin Buffalo vegetarian version. “You have the same texture and flavor profile, but it allows for someone to customize to a vegetarian version while retaining the same taste,” he says.

The customization trend is likely to continue, experts say — particularly as more fast casual eateries open their own build-your-own concepts. Fast casual concepts have shown that consumers are willing to wait longer for customized items, says Michael Haith, chief executive of Denver-based Teriyaki Madness, with 37 locations. However, he adds, customization is not for every concept. “It is really logistically difficult for a QSR to think about special orders because it takes twice as long to get the food through the window.”