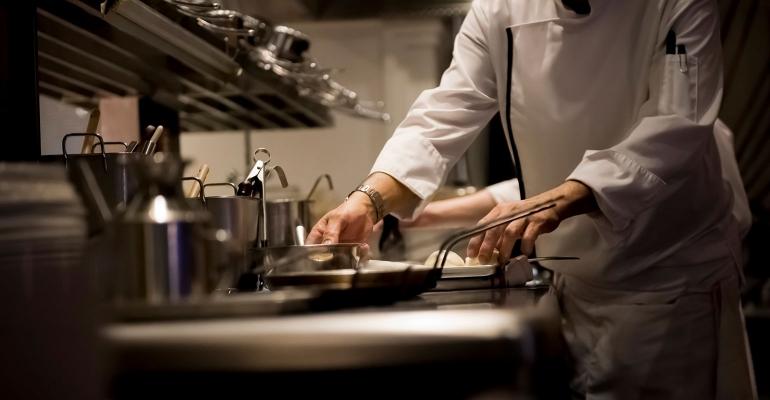 The Daly City, Calif., restaurant Kome Japanese Seafood Buffet reportedly closed this week, laying off between 70 to 80 workers, about seven months after being fined nearly $5.2 million by the California Labor Commissioner for wage theft.

Local lawmakers and community groups decried the closure in a press conference Thursday, saying the restaurant was retaliating against workers for exposing labor violations. Restaurant officials did not respond to requests for comment.

The announcement is the latest in ongoing state and county investigations that have revealed long-term abuse of largely immigrant workers at several Bay Area restaurants.

Last week, the Alameda County District Attorney’s office said $1.7 million in assets were seized following a separate wage theft case involving a Malaysian-fusion concept operating under the names Mango Garden, Mango Jungle and Mango Blaze. After an appeal, the restaurants’ owners were ordered to pay more than $2 million in unpaid wages, penalties and restitution for insurance and tax fraud.

And officials on Thursday said yet another case involving the Burmese restaurant chain Rangoon Ruby has been settled for $4 million, with unpaid wages going to about 300 affected workers, plus penalties.

Here’s a look at these cases:

In the Kome Japanese Seafood Buffet case, the restaurant in June was ordered to pay nearly $5.2 million after being charged with wage-and-hour violations involving 133 workers.

After a year-long investigation and a payroll audit, the commissioner’s office determined that 69 cooks, sushi chefs and dishwashers typically worked more than 55 hours per week, but were paid a fixed salary that did not include overtime. Those workers were owed nearly $3 million in unpaid wages and penalties.

In addition, hosts, servers and bussers were owed more than $1.4 million for overtime, split-shift premiums and unpaid minimum-wage violations, including the illegal counting of tips as part of minimum wage.

The Mango Garden case involved 56 former workers who investigators say worked 10 or more hours a day while being paid as little as $2 per hour. The workers also did not receive meal and rest breaks, overtime pay or split-shift premiums, and some workers were denied medical treatment, according to the Alameda County district attorney’s office.

The workers also lived in sparsely furnished owner-supplied housing — with as many as 15 sleeping on mattresses on the floor in a two-bedroom apartment — and were bussed to and from work, according to the district attorney’s office.

In that case, Hai Jie Chen was convicted of felony violations of conspiracy to commit wage theft, tax and insurance fraud; and defendant Hak Chun Ng was convicted of related misdemeanor violations. Both were placed on probation and ordered to perform community service, in addition to paying restitution and fines.

The seizure of assets occurred after the owners fraudulently transferred the restaurant’s ownership in an attempt to avoid paying workers after being cited for the wage and civil penalties.

Also cited in June was a Burmese restaurant chain in the Bay Area, with restaurants in Palo Alto, San Francisco, San Carlos, Burlingame and Belmont.

In an email, restaurant officials said the companies had reached a resolution.

The organization Asian Americans Advancing Justice-Asian Law Caucus, which represented restaurant workers in the case, described the resolution as a $4 million settlement covering unpaid wages owed for about 300 impacted workers, plus penalties.

The organization said they were first approached in 2017 by restaurant staffers who said they worked long hours and were regularly summoned to work before a scheduled shift, without overtime pay, to handle delivery orders.

Palyn Hung Mitchell, staff attorney for the justice organization, said such cases often involve immigrant workers who may be afraid to come forward.

“The workers who came to us weren’t sure what their legal rights were and were worried about what would happen if they came forward,” Mitchell said in a statement. “It was even harder for some of the workers who relied on the employer not just for work, but for housing as well. We hope other immigrant workers who are facing violations in their own workplaces will see the Rangoon Ruby workers and feel inspired to come forward.”

Labor Commissioner Julie Su in 2014 launched a multilingual campaign designed to raise awareness about wage theft and inform workers of their rights.