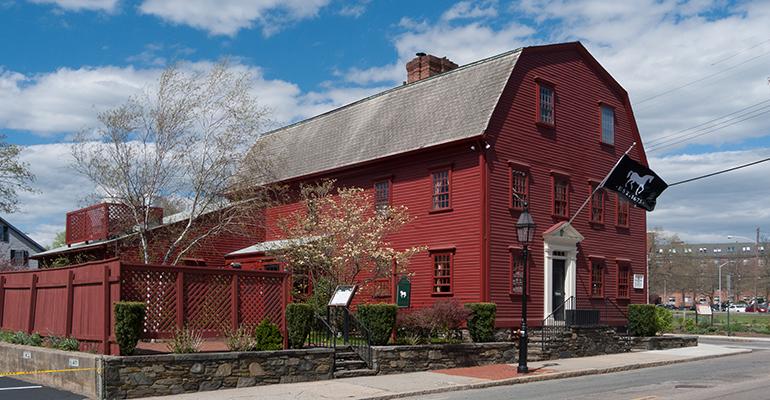 The White Horse Tavern in Newport, R.I. is reportedly the oldest tavern in America

When the White Horse Tavern first opened in Newport, Rhode Island in 1673, the colony of Rhode Island had been founded only a few decades prior, the United States was still more than a century away from becoming an independent country, and the idea of the modern restaurant had not yet been invented.

The nearly 350-year-old historic tavern in Newport may not be the only famous White Horse Tavern in America — the white horse was once a popular symbol that indicated that an inn had food and lodging — but it is the oldest. 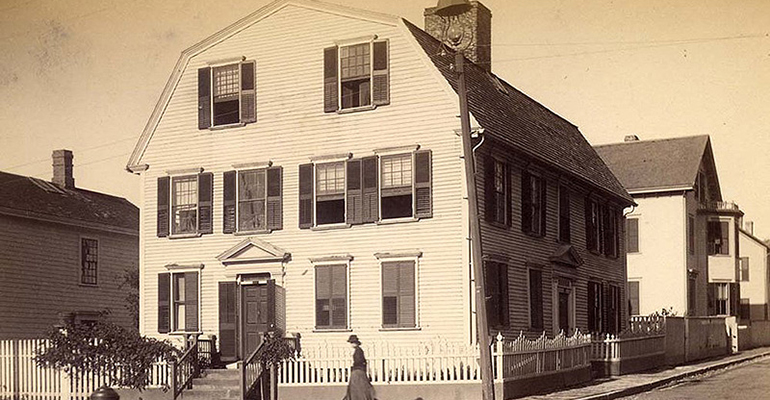 Photo: The tavern when it was the Nichols residence.
Credit: White Horse Tavern

Over the course of three and a half centuries, the tavern has been passed down to just seven to nine owners (historians disagree on exactly how many). Francis Brinley, an English immigrant, originally constructed the building as a private residence, and William Mayes Sr. then bought the building in 1673 and converted it into a tavern. His son, William Mayes Jr. — who was a mariner and part-time notorious pirate — took over in in 1702. Prior to his new tenure, an extension was put onto the building, giving the tavern its famous red, barn-like façade. 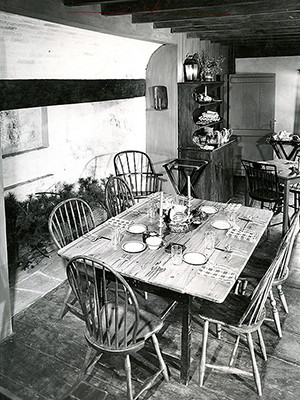 “I’m guessing it was really more of a drinking tavern back then than an actual restaurant,” Dominick Lepore, head waiter and one of the longest tenured employees at White Horse said.

“When it was a traditional tavern, there wasn’t a bar people sat at; it was more tables and chairs. Bars that you could belly up to didn’t exist back then.”

In 1730, the tavern passed from the Mayes family to Mayes Jr.’s in-laws, the Nichols family, who gave the White Horse Tavern its name and kept it in their family until 1895. During the Revolutionary War, the tavern — along with the rest of Newport — became occupied by the British. From 1776-1779, the British soldiers forced owner Walter Nichols to leave town while soldiers — likely German mercenaries known as Hessians — occupied the area. In 1780, George Washington famously stayed at an inn just two blocks from the tavern and rumor has it that he and some of his soldiers planned part of the Battle of Yorktown in one of the tavern’s dining rooms. 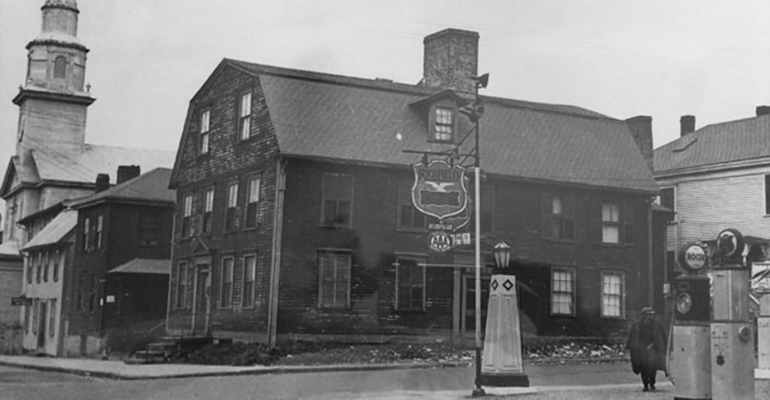 Photo: The tavern during the early 20th century when it had fallen into disrepair
Caption: White Horse Tavern

Over the next century, the Nichols family used the White Horse Tavern mainly as a private residence. In 1895, the family sold the tavern to the Preece family. Over the next century, the White Horse Tavern fell into disrepair and during the 1930s, the building was condemned. In 1954, thanks to a donation from the philanthropic Van Beuren family, the tavern was acquired and restored by the Preservation Society of Newport County and in 1972, the tavern building was designated as a national landmark.

Throughout most of the White Horse Tavern’s history, it had a license to operate as an inn or public house and was mainly used as a public gathering space. Although the inn most certainly served food to its guests, it wasn’t until after it was restored that it truly became known as a fine-dining destination, according to the Newport Historical Society. In 1957, the restaurant reopened on the first floor and a museum — which has since closed — was housed on the second floor, and in 1970, alcohol started to flow freely inside the White Horse Tavern when the restaurant was granted a new liquor license.

In 2014, the building was sold to its latest owner, a Rhode Island real estate broker firm called Hogan Associates. Although the building looks quite different today than it did during the 17th Century — the original tavern stood in the corner of the restaurant by the bar — there are still nods to the past. The kitchen has an original beehive oven in the chimney that was used by the original tavern.

“We have oil lamps on the tables too,” Lepore said. “We used to do hurricane lamps and colonial candles but now we use smaller [less hazardous] oil-burning candles.”

Of course, like all great historic buildings, the White Horse Tavern is allegedly haunted. Lepore said the spirit of a man who died of polio in the 17th century roams the halls upstairs, though he has never personally experienced any spectral disturbances.

Today, the White Horse Tavern — an American fine-dining restaurant known for its beef Wellington and rum-based cocktails — has an average entrée price of $32.