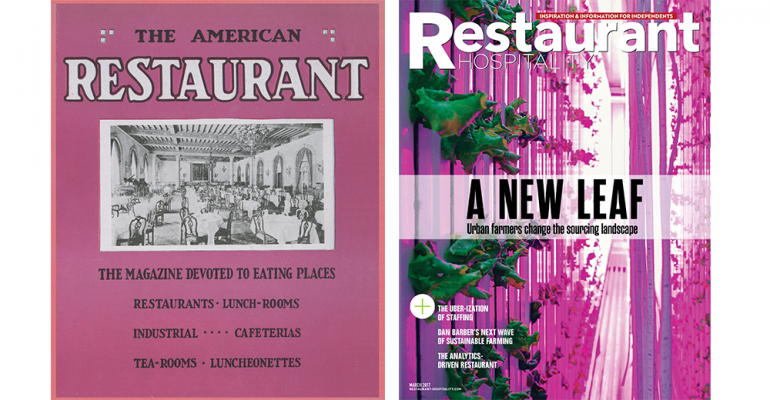 The restaurant industry as we know it in the U.S. really took off when Prohibition took booze out of the equation, albeit temporarily.

In 1919, the 18th amendment prohibiting “intoxicating liquors” in the U.S. was ratified and restaurants faced the new prospect of focusing more on selling food. That was the year Restaurant Hospitality was born.

In the beginning, it was called The American Restaurant Magazine, founded by young entrepreneur C.A. “Pat” Patterson, who was also instrumental in building the National Restaurant Association.

Over 100 years, the magazine has served as a focal point for the industry, through a world war and its resulting “manpower problem,” the push for recovery and modernization, the birth of the systems-driven fast-food segment, various energy crises and the popularity of food on television.

Here’s a look at RH covers over the decades.