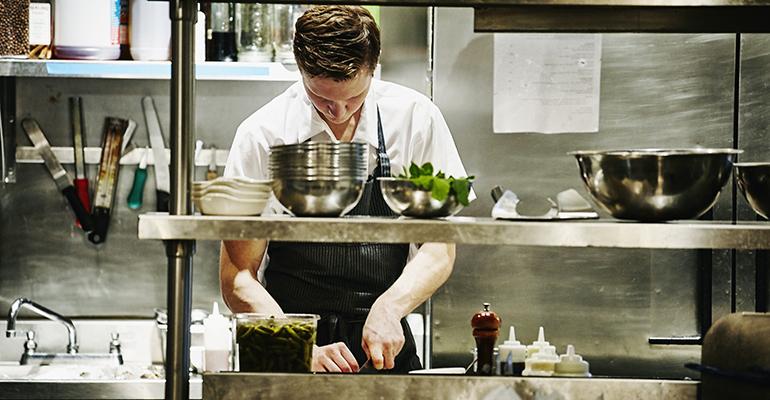 The average salary for a chef or head cook went up 8% to $56,310, according to data released in March by the Bureau of Labor Statistics

Before COVID-19 hit, chefs were seeing the largest salary increases in nearly two decades, according to a report this week from culinary website Chef's Pencil.

Although the unemployment numbers released by the Bureau of Labor Statistics at the end of March are now very much out of date, wages for head restaurant chefs and cooks had been on a growth trajectory since 2015 when the average chef salary was $45,000, with an average salary increase of 3%-4% per year, when adjusted for inflation.

Related: Restaurant manager salaries: How does yours stack up?

The highest paid metropolitan areas for chefs, meanwhile, include urban Honolulu ($91,770), San Jose-Sunnyvale-Santa Clara, Calif. ($83,490), and Cape Coral-Fort Myers, Fla. ($74,470). Two out of the 10 cities with the highest salaries for the top 10% highest-earning chefs are in Hawaii, making it a very popular state for lucrative cooking careers.

The New York/Newark metropolitan area also made the top 10 list for top salaries for the top 10% highest-earning chefs at an average salary of $112,200, nearly double the average head chef’s salary in New York. The lowest paid chefs, meanwhile — pulling in less than $20,000 per year — hail from cities including Alexandria, La.; Eau Claire, Wisc.; Myrtle Beach-Conway-North Myrtle Beach, S.C. and N.C., and Manhattan, Kan.

It remains to be seen how these numbers will change in the wake of COVID-19.