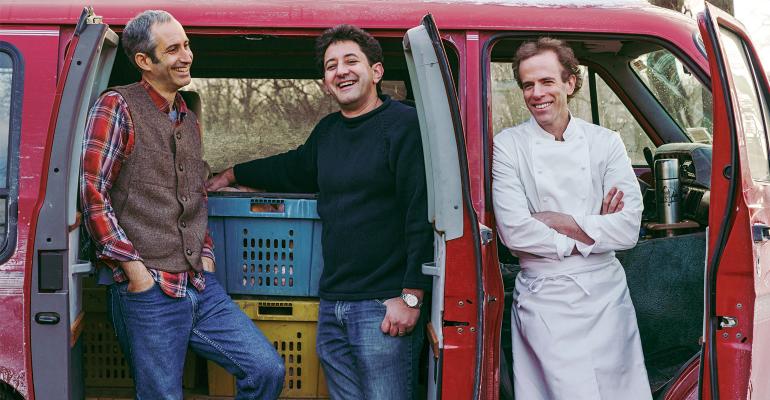 Growing ingredients for flavor over uniformity

For the entire 21st century, chef and restaurateur Dan Barber has been leading the way in spearheading changes to our food system.

Since opening Blue Hill in a New York City townhouse in 2000, Barber has been working with local farmers throughout the Northeast to highlight their produce and meat and to connect his well-heeled urban customers to the land their meals came from. He continued that mission with the 2004 opening of Blue Hill at Stone Barns in Pocantico Hills, N.Y., providing his customers with a bucolic setting in which to understand that what they eat affects the world.

That farm-to-table approach has become commonplace now, sometimes even cliché, but Barber has gone beyond that. In 2015, he drew attention to the crisis of food waste in the United States by holding WastED dinners, showing how food that could be thought of as garbage could in fact be made delicious. 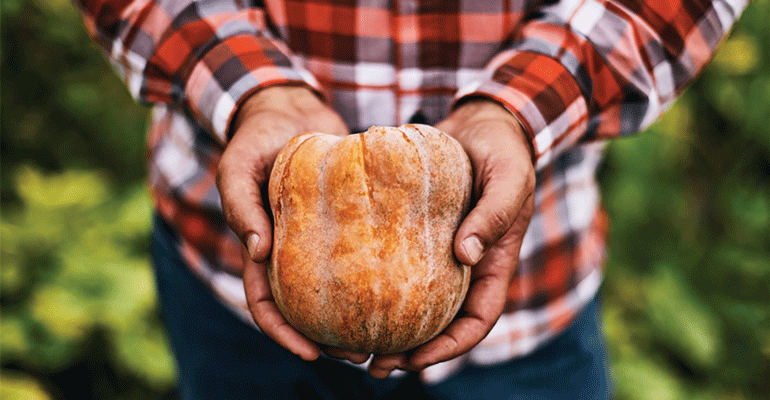 The squash is the star of Sweetgreen’s Koginut Squash Bowl by Dan Barber. The chef and his associates also ferment tillage radishes for salads.

And Barber pressed onward, focusing on how else he could improve the lives of farmers and educate his customers.

He experimented with cover crops, sautéing clover like spinach, and fermenting tillage radishes — which farmers use to loosen soil — to serve them in salad. That way, crops that are necessary to enrich the soil and grow the cash crops that are in demand become cash crops themselves.

In 2018, he pushed further with the launch of his own seed company, Row 7. Its mission is to develop produce with flavor in mind first but that also has a yield that’s high enough to make it worth farmers’ while to plant.

The first fruits of that labor have already been placed on menus. This past fall, Sweetgreen launched the Koginut Squash Bowl by Dan Barber. That squash was developed by Michael Mazourek an associate professor of plant breeding and genetics at Cornell University in Ithaca, N.Y., that Barber described as having an “intensely squash-y” flavor.