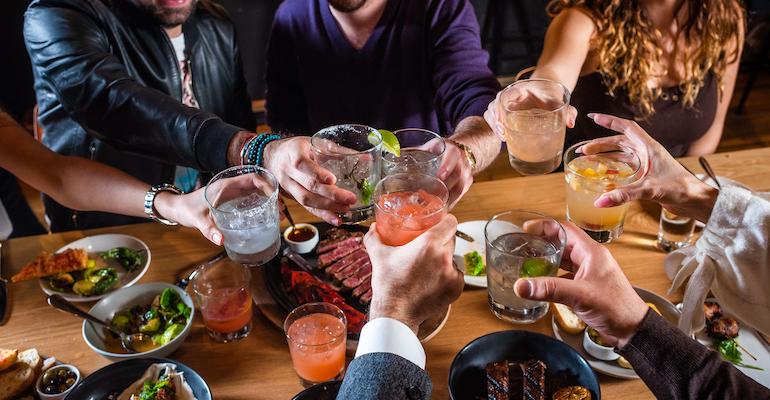 Yann de Rochefort, owner of the Barcelona-inspired tapas concept Boqueria, said the time is right for Spanish cuisine in America.

Fleming has joined Boqueria’s board, along with Rick Federico, former CEO of P.F. Chang’s. The two will help Boqueria with the next stage of fundraising to fuel the casual-dining concept’s growth.

“What I’m happiest about, in terms of their involvement, isn’t necessarily the investment. It’s their advice, counsel and offering to be a sounding board for me,” said de Rochefort.

First launched in New York in 2006, Boqueria has four locations there and two in Washington, D.C. A seventh unit is scheduled to open in Chicago before the end of the year.

De Rochefort said the goal is to open two to three company-owned units each year going forward, and the company is looking across the country at cities including Boston, Nashville and Miami. There are no plans to franchise.

The upscale restaurants are high design — Boqueria this year was a finalist for a James Beard Award for restaurant design in the category of 76 seats or more.

“We see tremendous interest from landlords,” he said. “Spanish food is really accessible. You’re not asking people to become familiar with strange ingredients or flavors. It’s distinctive, but it’s not all that challenging. It’s in a sweet spot where it’s different enough, but has that broader appeal so that, with a table of eight, everyone will find something to eat.”

Fleming, in a statement, said, “Boqueria has a fantastic opportunity to grow and [bring] this this wonderful food and culture to more people. Quality food, execution, vision and value spell success — and that’s Boqueria.”

Here’s how restaurant associations around the country are filing lawsuits to get COVID-19 dining bans overturned
Nov 25, 2020