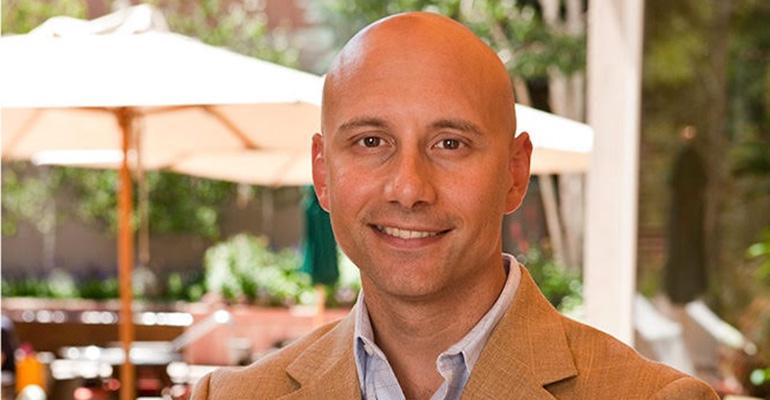 The appointment comes as Barteca plans to ramp up growth for Bartaco, which has 15 locations and another six units planned for 2018.

Over the past two decades, he also filled various culinary, beverage and leadership roles at restaurants and hotels around the country, including The Little Nell in Aspen, Colo., The Inn at Little Washington in Washington, Va., and The Greenbrier Hotel in White Sulphur Springs, W. Va.

In an interview, Sagaria said he was drawn to Bartaco because of the brand’s thoughtful growth and the energy of the restaurants, which seek to offer a respite from the daily grind.

“When I look at that concept, it’s one that’s fun and energizing. It’s to me what dining should be,” Sagaria told Nation’s Restaurant News. “One underlying theme is hospitality and how it makes people feel in the space. People come to escape from the day to day and treat themselves.”

Norwalk, Conn.-based Barteca is also parent to the Barcelona Wine Bar & Restaurant tapas chain, which will also have 15 locations with the opening early next year of a unit under construction in Denver. Another two to three Barcelona locations are scheduled to open in 2018.

Barteca CEO Jeff Carcara said the company is poised for growth with the two brands, but Bartaco will be expand more rapidly. The brand has the potential to reach a couple hundred units, he said.

“Growth is definitely on the horizon,” Carcara said. “Bartaco, we think, could be fairly large. It’s more approachable and has multiple meal periods, and it could go into a lot of different markets.”

The menu is built around tacos and tequila, as well as rotisserie chicken, pork posole and rice bowls. All dishes are generally priced under $10.

“In that 2 p.m. to 4 p.m. period that used to be a dead zone when managers go back and write orders, we’ve had to put a manager in some of our restaurants now because people are coming in and ordering a taco or two and a drink or iced tea and sitting at the bar with their laptops,” he said. “That’s something we want to embrace.”

With Sagaria in place, the goal is to grow a corporate culture to support growth, Carcara said.

“It’s about trying to be disciplined in our growth strategy and not to grow too fast, where the culture gets diluted and we wake up five years later and say, ‘Wow. What happened,’” he said.