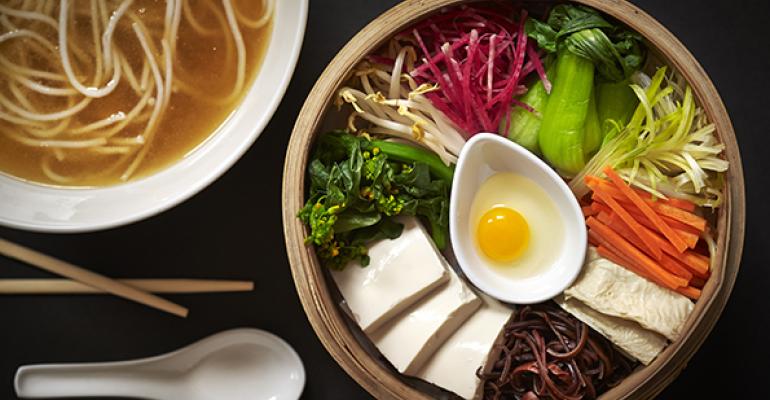 José Andrés, named one of the 100 most influential people in the world by Time magazine, opened two new restaurants in the recently opened SLS Las Vegas Hotel. Ku Noodle, his homage to Asian cuisine, showcases the artistry of hand-pulled noodles. Bazaar Meat by José Andrés is a “lavish celebration of all things carnivorous.”

Located between the main lobby and the casino floor, 103-seat Ku Noodle features a window where guests can watch chefs employ a generations-old method of making and cutting noodles. Accenting the bright white space are hanging Chinese newspapers and panels of Asian-inspired floral chalk art.

Bazaar Meat by Andrés is a 335-seat restaurant with wood and charcoal-fired grills and ovens. The menu is made for sharing and features items such as whole suckling pigs and cuts of beef, pork, fish, poultry, wild game and offal.

Andrés is the chef/owner of Think Food Group in Washington, DC, and was named Outstanding Chef by the James Beard Foundation in 2011. He’s also winner of Restaurant Hospitality’s Richard Melman Innovator Award.

Here’s a look at the two new restaurants and some of the dishes they’re offering.