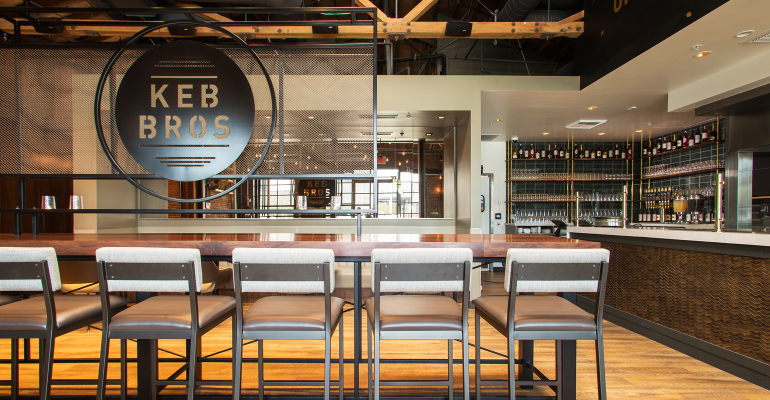 At Kebbros the meats are organic, there’s a vegan option and all are carved by a robot

A more-healthful and upscale fast-casual doner kebab concept debuted on Wednesday in Los Angeles, introducing a new player on the restaurant robot scene.

Kebbros — which combines “kebab” and the slang term for “brothers” — is a concept created by real brothers and co-owners Romeo and Sergio Syfrig, along with Sergio’s wife Tiziana “Ana” Syfrig, who are all originally from Switzerland. The restaurant is designed in the style of the fast-food doner kebabs common in Europe, but with a fresh California twist.

The proteins and produce are organic, where possible, and the menu is more vegetable forward. Among the offerings, for example, is a vegan seitan version of shawarma, carved off the spit in the same manner as the beef and chicken options.

Unlike the popular restaurant robots Flippy and Penny, Kebbros’ robot does not have a name, said Sergio Syfrig, though guests can watch the machine cut their proteins after ordering at the counter. 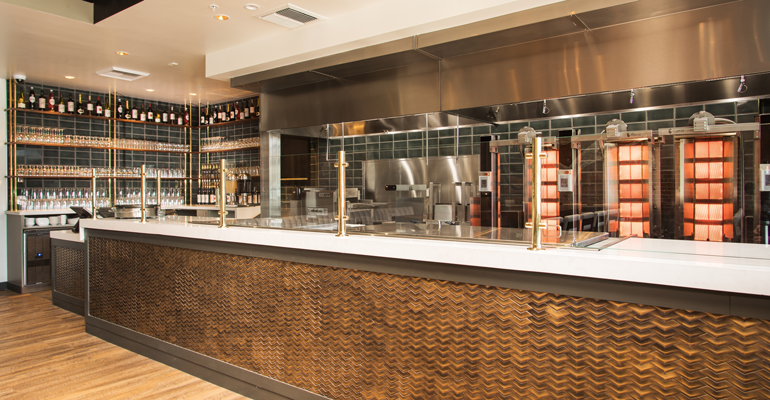 Diners can walk the line and customize their order. Options include building a meal around a stuffed pita or flatbread wrap, a bowl with black rice as the base, or salad — though guests can also use fries as their base.

After selecting a protein, toppings might include chopped tomato, red cabbage, pickled red onions, feta, crispy onions and various sauces. The Kebbros sauce, for example, is similar to the ketchup/mayonnaise mix common in Europe, but there’s also herb green goddess, a radish tzatziki, and spiced citrus tahini, for example.

Dave Northrup, Kebbros’ executive chef who previously worked in the kitchens of Rush Street and City Tavern in LA, said, “The real touch point is that everything, as much as possible, is organic. And everything is house made, including the pita and flatbread, which are essentially cooked to order.” 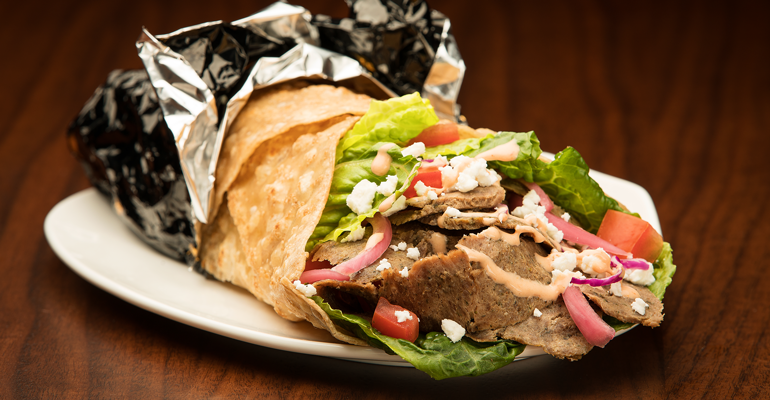 Organic beer and biodynamic wine are available, as well as organic sodas.

Northrup said the average check per person will be about $23, including a sandwich and beverage.

The 2,100-square-foot, 50-seat restaurant, including patio, is more upscale than the typical doner kebab joint.

The goal is to elevate what many know as late-night snack food, said Sergio Syfrig. 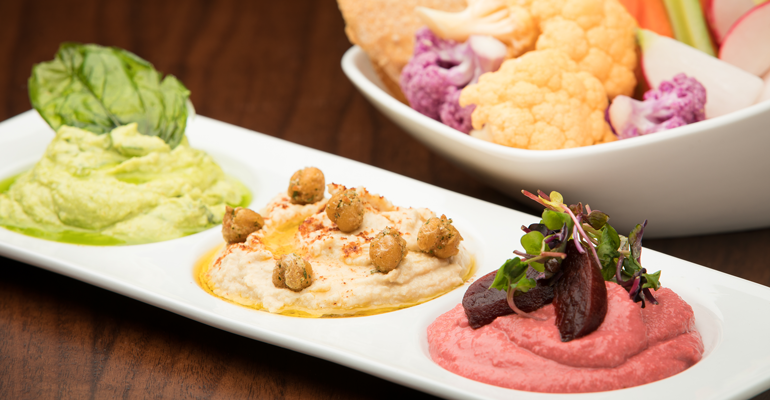 “We really focus on having the highest quality available,” he said. “The kebabs we do is something new for around here. It’s not that common yet, but it’s really close to what you know, with gyros and shawarma.”

This is the family’s first restaurant. Romeo Syfrig is a former professional show jumper, an equestrian sport, and Sergio is a former lawyer, though his wife Tiziana Syfrig has years of experience in the Swiss hospitality world, most recently as operational manager of Thermalbad & Spa in Zurich. 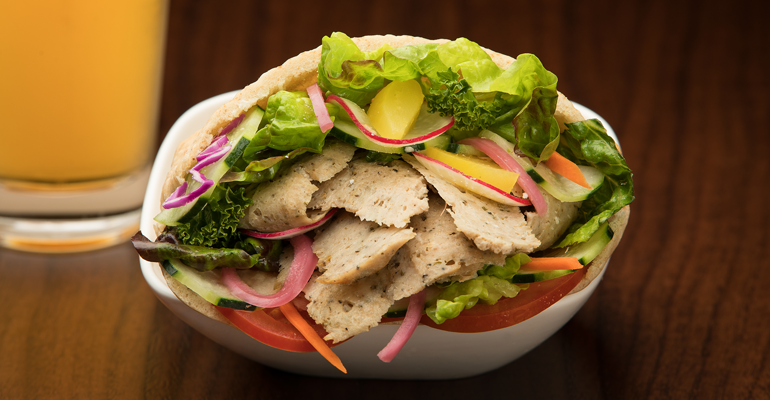 It’s a concept the Syfrigs hope to multiply if the first unit does well, he added.

“We’re going to wait and see how it goes,” he said. “But the idea is having more than one store. The market here is big enough for several restaurants. People seem to appreciate quality and a nice interior atmosphere, with organic and healthy food.”