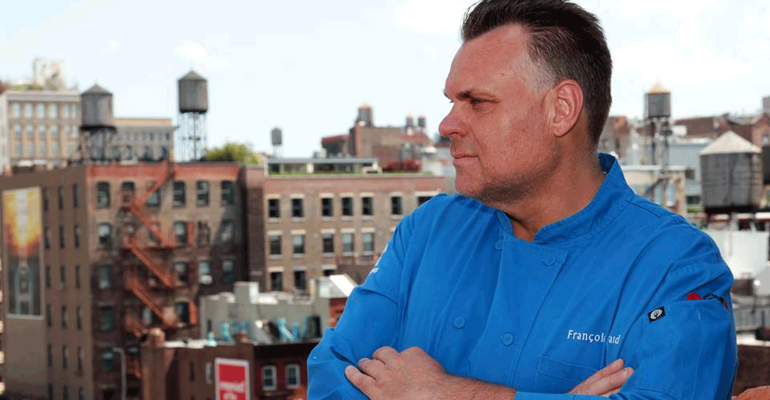 Renowned French pastry chef François Payard has joined modern brasserie concept Karvér as its culinary director. The first location is slated to reopen Thursday in the Brooklyn neighborhood of Sheepshead Bay. That will be followed by another location in Downtown Brooklyn in late February and a third location in the Manhattan neighborhood of Chelsea in March.

The Sheepshead Bay location first opened last fall, but then closed to be reconceptualized.

Payard worked at La Tour d’Argent in Paris before moving to New York where he worked first as pastry chef at Le Bernardin and then as the opening pastry chef at Restaurant Daniel. He later set off on his own and opened two namesake restaurants in New York and one in Las Vegas. Payard said that Karvér’s ownership approached him to see if he could help improve the concept.

“It was not really a true brasserie, nor was it a bakery,” he said, noting that the baked goods were all purchased.

Now Payard has brought in baking equipment that will allow him to bake eight baguettes at a time, basically to order, using a recipe from former Payard employees. While Payard is responsible for menu development, individual chefs will head up each location. The executive chef of the Sheepshead Bay unit is Byron Panafiel, who was executive sous chef of Le Bilboquet and Rotisserie Georgette, both in New York City. He also had stints at BLT Steak, BLT Fish and Buddakan, all in New York, as well.

Payard said the menu would not be exclusively French but also would have elements of Italian and American cuisine.

That includes shared plates such as arancini, or fried risotto balls, flatbreads, charcuterie and cheese boards and spreads such as a house terrine, salmon rillettes and ricotta with chiles. French onion soup is on the appetizer menu, as well as escargots, tuna tartare and a kale salad. They range in price from $8 to $15.

“The food is exactly what I want to eat every day,” Payard said.