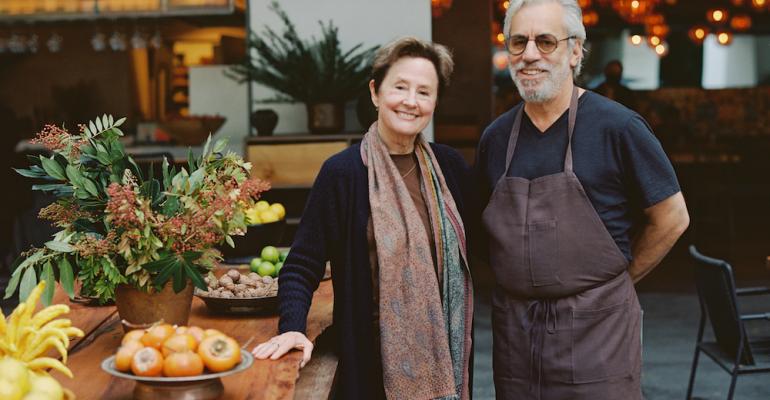 The long-awaited restaurant Lulu — conceived by Alice Waters and helmed by chef and writer David Tanis — made its debut in Los Angeles on Thursday, bringing the focus on local food from sustainably-run farms to a new generation.

The indoor/outdoor restaurant, which is in the Hammer Museum, was developed in partnership with the museum’s director Ann Philbin, and shares the facility’s mission of creating a more just world through art. Lulu is described in press materials as “built around a set of universal human values,” and the concept aims to support local regenerative farms and artistic collaboration.

Waters, who is often described as the godmother of California cuisine, is known for her famed restaurant Chez Panisse in Berkeley, Calif., where she pioneered the focus on local and organic ingredients, and letting seasons drive the menu. She is also widely known for her work in food education and her support of regenerative agriculture.

Tanis, who has authored cookbooks and a weekly column for the New York Times, worked with Waters at Chez Panisse for more than 25 years. Joining him at Lulu is director of operations Jesse McBride, the former head of food and beverage at Chateau Marmont and The Standard hotel group.

Lulu is initially only open for lunch, but will add dinner in coming months. The menu is a three-course prix fixe, with a la carte sandwiches, soups, salads and desserts.

Here’s a look at Lulu.