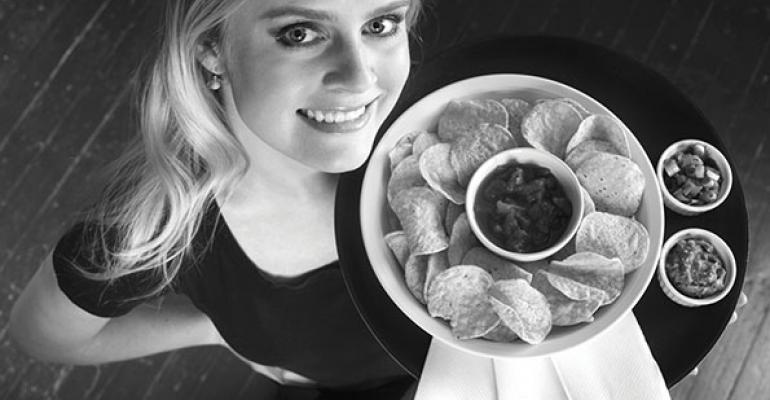 In the October issue, editor Michael Sanson wrote how abysmal service has gotten in so many restaurants. He laid part of the blame on Millennials, many of whom couldn’t care less about delivering great service. How do you deal with this overall problem, and specifically, how do you deal with these 20-something servers, he asked? Here are excerpts from some of the responses.

You asked for advice on how we’re dealing with this problem, but right now, we aren’t, and we’re seeing our business struggle. We’ve tried incentivizing every little task they do, tried laying the fist down and writing them up for any and all service mistakes. We tried befriending everyone by taking them on team-building outings, but we can’t seem to make them put forth any effort besides showing up for work. 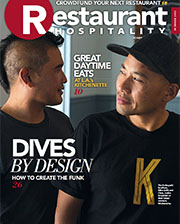 We have implemented policies that have really helped, including a zero tolerance policy with cell phones. This younger generation coming up is very self absorbed and me-first, yet I wouldn’t tolerate what you wrote about in your article.

I get tons of applications and interview the best I can to weed the candidates out. We give four days of training and watch them like hawks as best we can, but eventually we have to turn them loose. It’s the most infuriating thing to deal with people who are capable, but just don’t get it. They are all too consumed with themselves to even notice that they stink at being good workers. They expect to make a boatload of tips right out of the gate and haven’t a clue as to how to do so, no matter how much coaching and babysitting we give them.

I had the service problems you mentioned. I have reduced them to almost nothing. It took 5-7 years to turn around my operation. The process was instigated when a leadership expert told me that I was a great manager, but a poor leader. That’s what woke me up. The first thing we did was to have a leadership gathering. We agreed that there was a need for improvement and to embrace change, no matter how.

We developed a vision: “To insure that every guest and employee leave Pisgah Inn with a positive memory or experience.”  By encouraging every employee to do whatever it took to achieve that vision, we turned our culture around. The idea was contagious. The employees who scoffed at it or refused to buy in eventually left.

Our culture became much more positive. This did not happen overnight. There was some backsliding. But here I am bragging to you about our success.

We deal with this problem by busting their balls and making them tow the line. They don’t all make it, but the ones who do turn out to be good servers and bartenders.

Your comment “Many of these young servers got trophies as kids for showing up” hits the nail on the head. Many kids these days have been trained to believe that they are owed an income, housing and benefits just because they were born as an American. Not everyone is cut out to deal with the general public. Don’t just hire a warm body to fill a spot.

So how do I solve all of this? In short, it starts with the interview process. I look at a few different things when interviewing an employee. Are they dressed appropriately or wearing pajama pants? I’ve turned down several just because they came in wearing house shoes. Do they come off energetic or are they cast member of The Walking Dead? I also check references and see how long they’ve held a job. After the hiring process we train, train, train.

One day my staff is spot on and our guests want to adopt them, and then the next day they seem to have left their brains in their cell phones. Unfortunately, the best solution we’ve found is to spend more time in training, which adds to the cost of the hire. Also, we prescreen all potential employees for drugs and conduct behavioral assessments. I’d like to believe we get a better candidate. We have had only two workers’ compensation claims in seven years.

While I do worry that there is a shortage of well-mannered Millennials, we’ve had great luck in hiring individuals who care deeply about hospitality. In fact, we have GMs now who are in their early 30s running multimillion dollar high-end steakhouses. Here are some things we’re doing: We hire professionals who align with our values; we provide an excellent working environment with great benefits and training; and we teach a series on etiquette and manners.

We can’t find servers who give a darn about their customers. Their job is to stand behind or at the end of the bar and wait for someone to tell them they need a drink or whatever. Their work ethic sucks! I lay a lot of the blame on the parents who gave their kids everything but common sense! What the heck happened to good, honest, kind people?

The problem lies in the absence of competitive wages and incentives to attract and maintain professionals. A second leading problem with poor service is a disenfranchised staff. We must create an attractive business environment, a place where people want to work. Morale is tremendously important, particularly when you are dealing with one-on-one interactions. To attract professionals, treat your employees like professionals, create a desirable workplace and hold your staff accountable for meeting standards of professionalism.

Ironically, before receiving your October issue,  we checked to see how many cooks we’ve hired in the last four years: 57. The issue is that people want a job, but don’t want to work. Over four years, we have gone through 40 servers trying to find people who are cheerful, people-oriented, who take initiative and love to sell good food. On Long Island, everywhere you go there are Now Hiring signs. We run ads constantly and are lucky to get one or two people to respond.

For 21 years I’ve been employed by one one restaurant or another. As I read your article, I realized that the average person has no knowledge of the hardships that service employees face every day. Twenty years ago the economy was set in a place that a good server could actually have a pretty decent lifestyle. This has changed so drastically in the last 10 years. Restaurant employees feel incredibly underappreciated for the hard work they contribute while receiving small hourly wages. Harsh conditions, long hours and never having weekends off slowly wears you down. This industry is filled with people who take on second and third jobs in order to keep the lights on. I can only hope that restaurants will strive to cherish their precious staffs.

I tell my staff if you are not making my job easier, you’re making it harder. I provide incentives to build sales by kicking back a percentage of it in raises and bonuses. Earning the respect of employees is key to
having good ones.