Flavor of the Week: Morning daypart embraces the breakfast burger 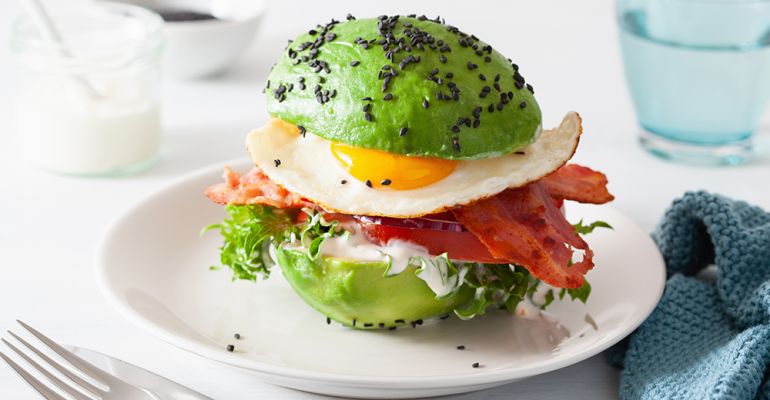 Burgers are already the nation’s most popular entrée in restaurants at lunch and dinner, so it stands to reason that they would make headway during the morning daypart, too.

Even at lunch and dinner, burgers are frequently topped with bacon and sometimes an egg, making it a logical crossover into brunch.

Chefs have found that one of the easiest ways to introduce customers to new ingredients is to put them on something that’s already familiar, and nothing is more familiar to the American diet than hamburgers, making adaptations of it virtually endless. In the morning, you can find burgers topped not only with bacon and eggs, but also hash browns, vegan breakfast alternatives, sausage and more, held in carriers ranging from brioche — a traditional breakfast item that long ago became a burger staple — to waffles.

Well over half of the population knows about this burger option, according to market research firm Datassential, and more than a third of consumers, many of them from the Generation Z and Asian demographics, have tried it.

Click through the slideshow to learn more about this Flavor of the Week.