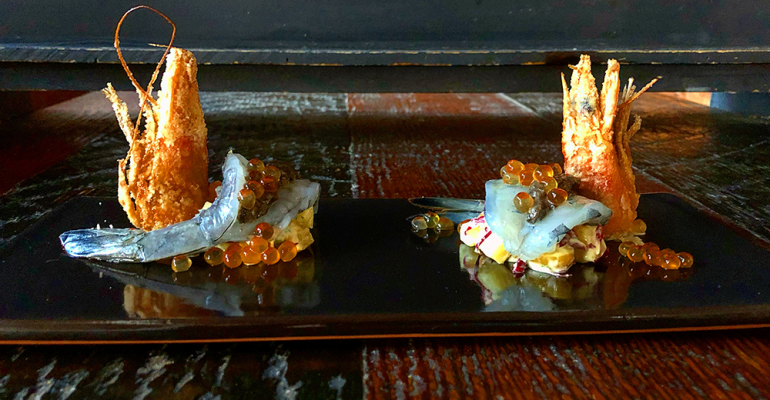 The eyes, and antennae, have it, as customers try head-on shrimp

When Alaskan Spot Prawns are in season in summertime, Cathy Whims, chef and owner of Nostrana in Portland, Ore., serves them in a variety of preparations, heads intact.

“We really cherish them,” said Whims “Even if you’re simply sautéing them, you get a deep and complex flavor.”

Whims enjoys serving fresh head-on prawns sautéed in lots of butter or olive oil, garlic and chile flakes, and garnished with lemon and parsley; or skewered, with the head-on and shell off, breaded and lightly grilled. She also sometimes uses the heads to make stock for risotto or a reduction sauce for a shrimp ravioli.

As recently as just a few years ago, a head-on prawn might not have made it onto most menus, or, if it did, it might have been sent back to the kitchen for beheading. 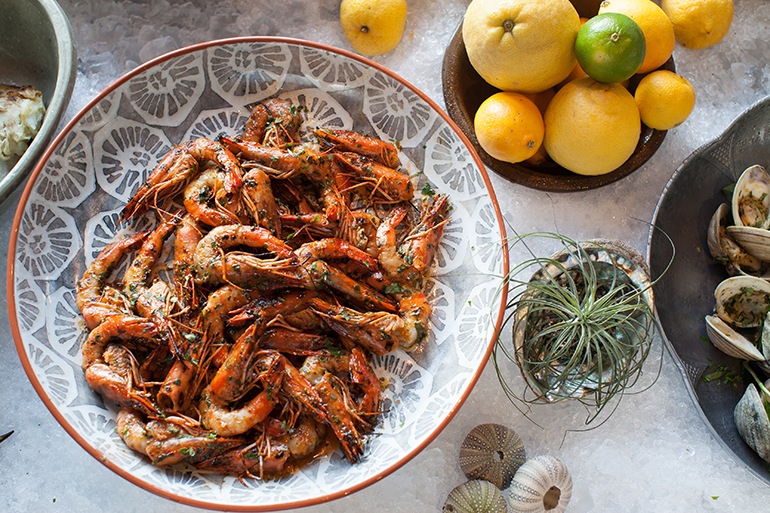 More chefs are ordering head-on shrimp from suppliers these days, according to the latest data from The NPD Group’s Supply Track, which monitors products shipped from leading foodservice distributors to eating and drinking establishments.

In the year ending December 2018, case shipments of headed, tail-off shrimp from foodservice distributors to independent restaurants and small chains grew by 119 percent, while head-off, shell-on shipments were flat.

That’s a big switch from the prior year ended December 2017, when the number of cases of headed shrimp were flat, and head off, shell on shipments were up by 10 percent.

“Americans are seeking out better and better ingredients and are interested in where their ingredients are coming from,” said Tasuku Murakami, executive chef of The Lobster Club in New York City.  “Diners are also learning more about the way other cultures eat and the ingredients they use, so using the whole animal has become important to chefs and diners alike.”

At The Lobster Club, Murakami is serving Madagascar Shrimp grilled on the Teppanyaki — a Japanese griddle — then served with king mushrooms, shishito peppers and signature sauces.

“With a great product like the Madagascar Shrimp, it would be such a shame to remove the head,” said Murakami.

At Cassia in Santa Monica, Calif., chef Bryant Ng’s Vietnamese Sunbathing Prawns have been a top-selling dish since the restaurant opened four years ago.

The dish, which gets its name from the red hue the shrimp takes on when it’s cooked, is Ng’s version of peel-and-eat shrimp.  Ng peels blue prawns, leaving the head on because, he said, it’s “where most of the flavor lives.” He marinates the prawns overnight in a spicy mix of Fresno chiles, garlic, sugar and fish sauce, then lightly grills them and serves them with a garnish of laksa leaf, lime wedges and Vietnamese hot sauce for dipping.

“We’ve served them at events because they’re such a guest favorite,” said Ng. “It’s also not uncommon for a table to devour them so fast that they order another round.” 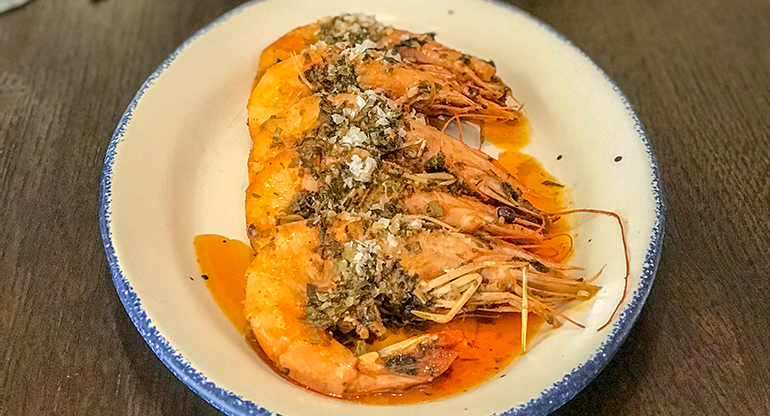 “This is finger food at its finest,” said Craft.  “We serve guests a warm wet towel to make sure they dive in with their hands.”

“My creative interest in using shrimp with their heads comes from two places,” Canales said. “My first experience with [raw] head-on shrimp [ama-ebi] in a Japanese restaurant when I was in high school literally blew my mind. Second [is] my long-time practice of utilizing everything available from the beauty and bounty of our culinary world.”

Nonna Beppa, a restaurant that recently opened New York City’s SoHo neighborhood, serves classic Italian Shrimp Scampi with heads on. Available only on Thursdays, when a fresh shipment arrives, chef Giancarlo “Wendy” Cacciatori tosses the shrimp in a skillet with olive oil and butter, and then serves them over a bed of linguine.

“Head-on shrimp are great,” he said. “I think it’s grown so much because people are craving more exotic [food].”

Hearing the news about the shrimp spike gave Moonen a fresh idea for a potential dish: skewers of bacon-wrapped, head-on shrimp, with Monterey jack cheese and jalapeño.

“With the heads peeking out.”