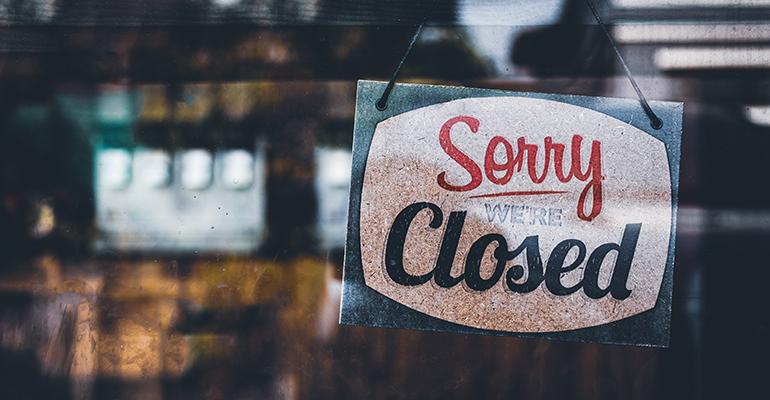 Market analysts are working to make an unknowable number as knowable as possible with recent updates on expected restaurant closures in the COVID-19 pandemic.

Mark Kalinowski, founder of New Jersey-based Kalinowski Equity Research, and Peter Saleh, an analyst with BTIG, issued reports in the past week that aim to gauge the sharpness of the sword of Damocles that hangs over the restaurant industry because of the pandemic’s impact.

“Definitely, independents have been hit harder by everything that has gone on this year,” said Kalinowski, who issued a report Monday that put his best-estimate numbers on the U.S. restaurant death toll because of the coronavirus. “By definition, they are very small businesses, so they lack the resources of a larger corporation.”

Kalinowski noted that he saw a large market-share shift in the industry as he looked unit closures announced and planned by large restaurant chains and comparing those to unit closures from mom-and-pops/independents.

“By our math, we look for large restaurant concepts — representing about 37% of the U.S. restaurant industry’s dollar sales in 2019 — to shutter about 2.8% of their units permanently this year,” Kalinowski said in his report. “And even then, the percentage of sales that these units represent will be less than 2% of these large concepts’ 2019 U.S. system sales.”

Smaller restaurant chains — those large enough to rank in the top 500 but not one of the 38 largest restaurant concepts in terms of unit count — will likely permanently close about 4% of their units this year, he said.

And mom-and-pops/independents, which generated about 43% of U.S restaurant industry sales last year, would permanently close about 7.5% of their units in 2020, “although the figure in reality could top 10% when all is said and done,” Kalinowski said.

The pandemic is leading large brands to close under-performing restaurants, he said.

“One of the striking things about the closures that the larger chains have announced is that they tend to be closing their weakest units,” Kalinowski said, citing McDonald’s Corp.’s announcing 200 closures of lower-sales units inside Walmart centers and Dunkin’ Donuts shuttering of 450 units in Speedway convenience stores. Other brands with announced closures include Burger King, IHOP, Tim Hortons and Pizza Hut.

To reach his closure estimates, Kalinowski calculated that announced closures from the Top 38 restaurant concepts would total about 4,500 units.

Kalinowski, in his calculations, also used closure statistics from Yelp probably at lower end and the National Restaurant Association survey data at the higher end. Yelp in August estimated 19,590 permanent closures at the end of August. An association operator survey released Sept. 14 estimated about 61,000 permanent closures.

“It’s just clear independents are having a tough go of it,” said Kalinowski, who lives in the borough of Bernardsville, N.J. “I can drive around my town and see multiple independents, just from the lack of business you can see even if they are open, are struggling. … It is heart-wrenching.”

Larger chains, with deeper pockets and bigger footprints, have been able to invest in digital technology, which have helped sales during the pandemic, Kalinowski said. Drive-thru concepts, which tend to be among the larger companies, also have seen sales increases.

Not all analysts paint such a gloomy picture for independent restaurant operators.

“We believe that restaurants, both chain and independents, can achieve roughly breakeven profit and cash flow with about 75% of pre-COVID sales volumes,” he said in a report. “After falling (55%) in April, same-store sales as measured by Black Box [Intelligence] have improved every month since and were down only (8.1%) in September and (7.5%) in October.”

Despite the pandemic, restaurant cash flows have appeared positive since June, Saleh noted, which should stave off mass restaurant closures.

“While we expect same-store sales to backtrack in November given the cold weather, virus resurgence and lockdown restrictions in some markets, we don’t expect sales levels to fall below what is required to maintain positive cash flow,” he noted. “While we expect an elevated level of restaurant closures this year, we believe the figure will be in the high-single digit range, far below dire forecasts of 30% or more closure rates that have circulated.”