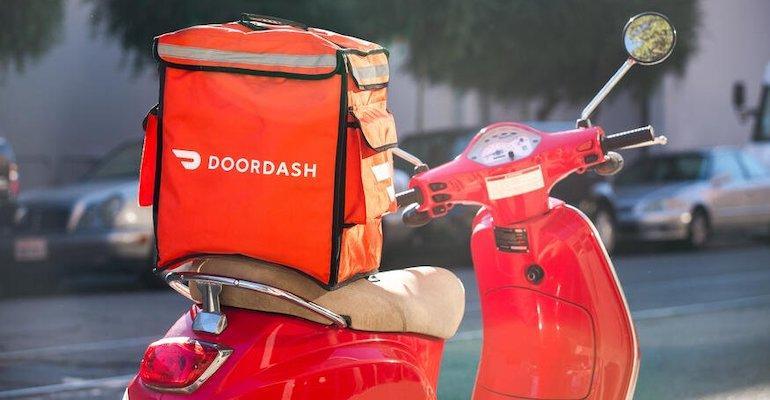 DoorDash
Outdoor dining has been permitted in the city since June 22.
Operations>Delivery & Takeout Solutions

Delivery caps will continue until 90 days after restaurants are allowed to reopen to indoor dining at 100% capacity.

With 1,200 permanent closures in New York City – and more expected in the coming months – New York City officials have expanded a temporary cap on third-party delivery fees until restaurants can operate at 100% indoor capacity.

Outdoor dining has been permitted in the city since June 22. With no set date to green light indoor dining in New York City, councilmembers have extended the cap on third-party delivery fees as restaurants continue to be dependent on off-premise orders.

Councilman Mark Gjonaj said New York City councilmembers “took significant action to stand by and protect local restaurants struggling to survive during an unprecedented global health crisis” by extending the cap on delivery fees charged to restaurants, which can be as high as 30%.

Back in May, New York City leaders capped third-party delivery commissions at 20%, which includes fees tied to delivery (15%) and marketing services (5%) on the app.

The cap was set to expire Sept. 18, but now it will continue until 90 days after restaurants are allowed to reopen to indoor dining at 100% capacity.

“While restaurants are struggling to keep their doors open and continue paying their staff, third-party delivery platforms have experienced a surge in use. Their business model continues to thrive under COVID, while restaurants continue to need help,” Gjonaj said in a statement.

Earlier this month, Grubhub tried to fight back on the proposed extension by launching a campaign directing New York diners to protest what the company is calling a “food delivery tax” on consumers.

Caps are also counterproductive during a time when restaurants need more support, visibility and order volume than ever, the company said this week.

“They limit how restaurants – especially small and independent establishments – can effectively market themselves to drive demand, therefore severely impacting how many customers and orders we can bring to these restaurants,” Grubhub said in a statement. “The caps lower pay for drivers; reduce restaurant orders; increase costs for diners; disrupt an essential supply chain of meals; and cost jobs, tax revenues and important economic activity in New York City.”

DoorDash it will continue to work with New York City's "price controls."

"We continue to have concerns around a permanent cap, which would ultimately undermine restaurants’ access to reliable delivery services that are helping them stay open and that provide economic opportunity to workers who may not have any other source of income during this prolonged economic downturn," DoorDash said in a statement.

Uber Eats, which plans to buy Postmates, said company will continue to comply to all caps whereever they exist, including New York City.

Update: This story was edited to include a comment from DoorDash.