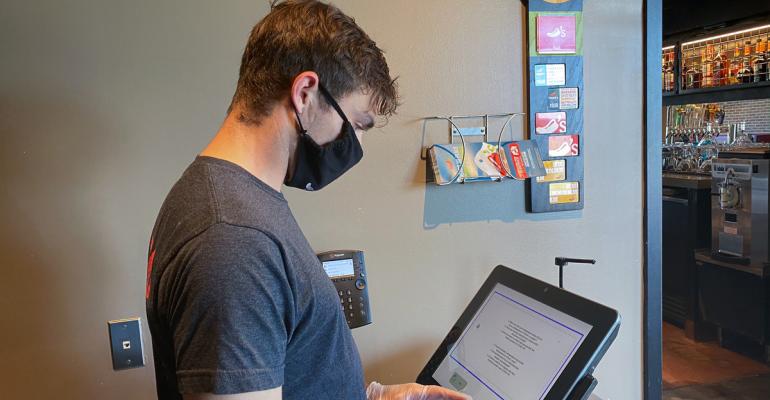 The National Restaurant Association reveals latest survey findings: 40% of operators say they are unlikely to stay in business six months from now if there are no additional relief packages from the federal government; trade group sends letter to Congress and White House

The restaurant industry has experienced 100,000 closures tied to the coronavirus pandemic, according to the latest survey by the National Restaurant Association.

The trade group has been surveying its members since the pandemic began. In a report released Monday, the association asked operators about the six-month impact of the pandemic on their restaurants. When asked about closures, the NRA called the latest findings "startling" as the organization pegs closures, both permanent and longterm, tied to the pandemic at 100,000 restaurants. That's one in six restaurants.

Some 40% of operators also said that ”it is unlikely their restaurant will still be in business six months from now if there are no additional relief packages from the federal government,” according to the report.

As such, the trade group sent a letter to Congress and the Trump Administration on Monday asking government leaders for more relief as funds tied to previous federal support programs have dried up. They described a bleak outlook for restaurants.

"For an industry built on service and hospitality, the last six months have challenged the core understanding of our business," Tom Bené, president and CEO of the NRA, said in a statement.  “Across the board, from independent owners to multi-unit franchise operators, restaurants are losing money every month, and they continue to struggle to serve their communities and support their employees."

In the letter, the NRA points to a critical inflection point for the restaurant industry with onset of cooler fall and winter temperatures.

“Outdoor dining will soon be impractical for many owners, and without immediate steps from Congress, thousands of restaurants may close before you reconvene after the November elections,” according to the letter.

The NRA outlined the kind of relief needed to give restaurants a fighting chance to survive the pandemic, which has led to a prolonged partial shutdown of indoor dining in most states.

The organization asked Congress for the following: authorize a second round of PPP funding -- with this round having “greater flexibility” for both operating expenses and payroll; tax deductions for expenses paid with PPP loans;  expansion of the Employee Retention Tax Credit (ERTC) to help restaurants get support after a PPP loan has run out; and tax credits for added costs tied to COVID-19 related protective gear, equipment, supplies and training.

Other NRA findings: consumer spending in restaurants were down 34% on average in August; the foodservice industry has lost $165 billion in revenue from March to July; 60% of operators say their restaurant’s total operational costs (as a percent of sales) are higher than they were prior to the COVID-19 outbreak; on average, restaurant operators say their current staffing levels are only 71% of what they would typically be in the absence of COVID-19; about 3 million restaurant workers are still out of work; and, as previously stated by the  NRA, the industry is on track to lose $240 billion in sales by the end of the year.

Additionally, the NRA has previously supported a separate round of aid called the RESTAURANTS Act, which stands for Real Economic Support That Acknowledges Unique Restaurant Assistance Needed to Survive Act. The Senate bill, introduced over the summer, would establish a $120 billion fund for small restaurants and bars to cover costs such as payroll, rent, supplies, and PPE.