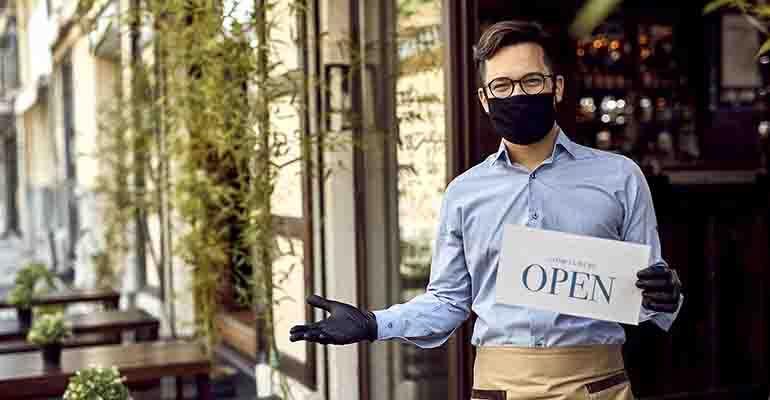 Drazen Zigic /iStock / Getty Images Plus
The RESTAURANTS Act would allow individual restaurants to receive up to $5 million in government-backed grants.
Operations>Finance

$25 billion in restaurant relief is one step closer to passing in Congress: here’s what it would mean for business owners

The restaurant relief fund based on the original RESTAURANTS Act that would distribute grants of up to $10 million to small restaurants will be voted on the week of Feb. 22

The House Small Business committee on Wednesday voted to approve a budget reconciliation bill that would provide $25 billion in relief to restaurants, moving the proposed bailout one step closer to a full House vote.

The budget amendment — part of President Joe Biden’s $1.9 trillion COVID-relief bill — is based on the $120 billion RESTAURANTS Act calling for long-term relief for restaurants, which was reintroduced earlier this month. The Senate also passed a budget resolution amendment Feb. 4 indicating bipartisan support for restaurant industry relief. The move is an attempt to push through some measure of restaurant industry relief without the need for Republican support.

Related: The $120 billion RESTAURANTS Act was reintroduced in Congress: Here’s what that could mean for independent restaurants and small chains

During the week of Feb. 15, the House Budget Committee is expected to put the legislative package together for a vote. The full House of Representatives is scheduled to vote on the relief package the week of Feb. 22, with a Senate vote to follow if it passes.

Here’s what we know so far about the restaurant relief fund based on the RESTAURANTS Act bill that was originally proposed by Rep. Earl Blumenauer (D.-Ore.) during the 2020 Congressional session. The bill was passed by the  House in October, but was never introduced under the then-Republican-led Senate.

“Portland and communities across the country would not be the same without these beloved establishments, which is why I worked with local chefs and restaurateurs to craft legislation that meets their direct needs,” he added. “I’m glad the House Small Business Committee has moved our proposal forward. We are one step closer to securing desperately-needed restaurant relief.”

The restaurant relief fund prioritizes socioeconomically disadvantaged businesses, with businesses owned by women, veterans or socially/economically disadvantaged groups prioritized in the first 21 days of grant applications. Additionally, $5 billion of the $25 billion total is reserved for restaurants with less than $500,000 in gross receipts in 2019. Any funds leftover after the first 60 days of grant eligibility will be opened up to larger businesses.

Other aspects of the fine print include mandatory applicant certification of their current uncertain economic conditions. The SBA may also impose other requirements on applicants to mitigate fraud and abuse possibilities. Any permanently closed business must return their SBA funds.