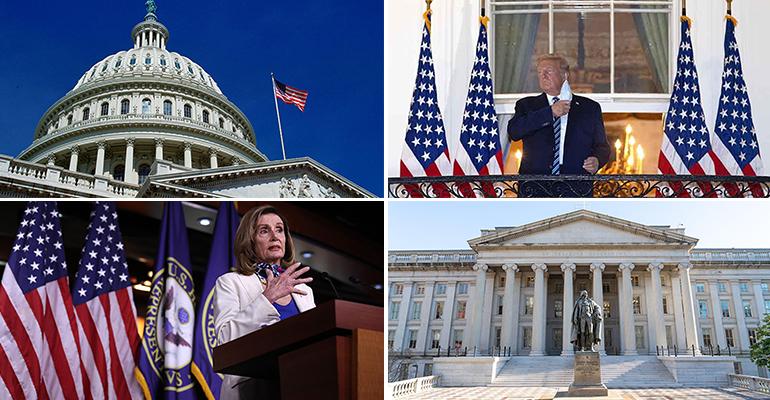 Start Slideshow ›
Plus, a list of recently closed restaurants, a DoorDash study, USHG releases a reopening guide and more

This week, the fate of a relief bill stalled in Congress.

The Democrat-controlled House of Representatives voted to pass the $2.2 trillion HEROES Act that would have provided restaurants with $120 billion in relief funds. The bill was passed to the Republican-controlled Senate where the bill stalled after President Trump tweets late Tuesday night that he would not sign any relief legislation until after the election in November at which point the stock market plummeted.

Trump tweeted, later that same night, tht he supported funding for PPP loans and the airline industry to which House speaker Nancy Pelosi responded that the House would not support piece-meal legislation.

Since Wednesday, there has been no further development on the status of the relief bill however, after several members of Congress and the president himself were diagnosed with COVID-19, the House and Senate went into quarantine and will conduct business virtually over Zoom for the next two weeks.

There was other news aside from the relief bill. We announced our Best Sandwich winners for 2020 that included some truly unique sandwiches this year, a host of popular restaurants closed, a DoorDash study showed the state of the delivery industry and USHG group released a reopening guideline.

See what was trending on Restaurant Hospitality this week.