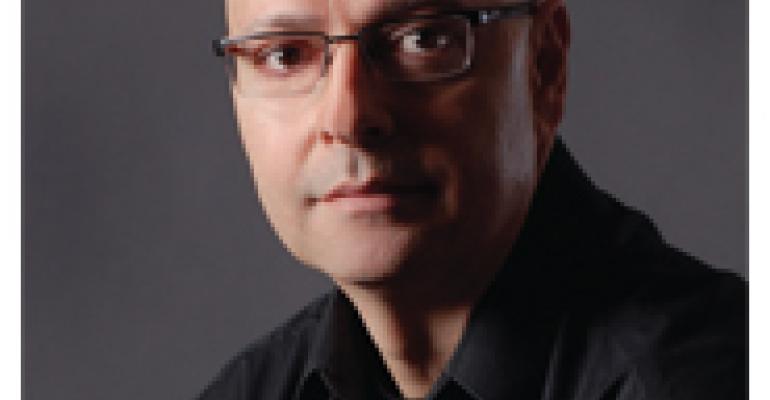 It's Never Been About You

As you can see in this issue, Restaurant Hospitality recently wrapped-up its New Directions Conference. The point was to gather people — most of them top-tier restaurateurs — who made some smart moves during hard times. Many strategies was shared and I'm sure most who attended left the event feeling better about the future. I know I did. And, of course, we celebrated another Richard Melman Award, which went this year to José Andrés and Rob Wilder, who refuse to be handcuffed by the recession.

We've devoted nine pages to the conference with lots of pictures, but here's a quick summary of take-away thoughts that I gathered from some cool cucumbers before, during and after the event.

Drew Nieporent, winner of the James Beard Outstanding Restaurateur Award, lamented that many chef-driven restaurants have neglected front-of-the-house hospitality. The focus is so concentrated on the chef — to the point of narcissism — that guests are being ignored, said the New York City operator of Tribeca Grill, Nobu, Corton and others. Worse yet, many of these often-young chefs don't even conceal their contempt for customers, he explained.

It's a point I made some months back in an Editor's Letter. You must have someone strong out front, someone who can read the room and respond quickly to special requests and concerns. Despite what some now think, it's not about you, it's about them. If you've ever seen Nieporent handling front-of-the house chores at his restaurants, you know it's like watching Leonard Bernstein conduct an orchestra. I dare say more people come to his restaurants to see and be taken care of by him than by his chefs.

I'm also a big fan of Paul Bartolotta, who, in my opinion, is America's greatest Italian chef. He's a double James Beard Award winner, and he operates one of Las Vegas' most high-profile restaurants, but he doesn't seem to give a damn about fame and feeding his ego like so many of his contemporaries.

Bartolotta's number one concern is putting the best possible food on the plate. Period. It's all about pleasing his customers from the kitchen, while he hires pros to take care of them up front. How many seasoned chefs do you know who act as if every plate that leaves their kitchen may be his or her last? If you can find someone to run your kitchen half that focused, you'll suceeed.

I also greatly admire Paul Kahan, who runs several very cool restaurants in Chicago. He, too, is no fame monster and, in fact, runs from the spotlight. It's not what he wants, it never was. His restaurants, like Publican and Big Star, were not created to impress. They have become showcases for what he loves to eat, and for that reason they do impress.

If you do what you do for any reason other than love, maybe it's time for a new direction. You may have lost your way.